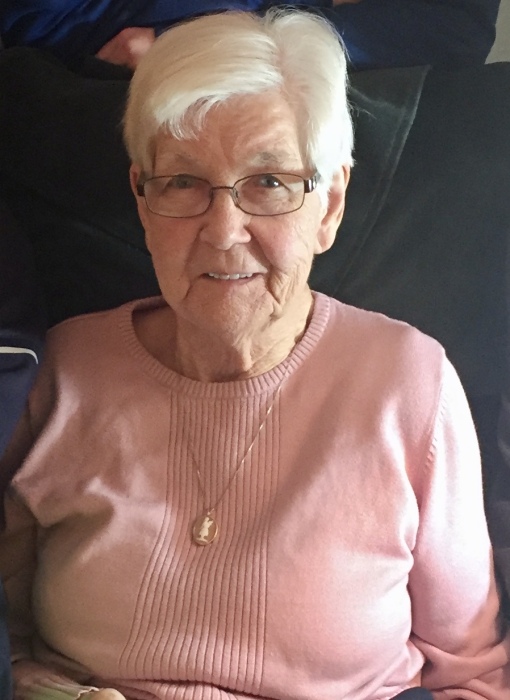 Aaltje Vande Hoef, beloved mother, grandmother, great-grandmother, aunt, and friend.  Born February 04, 1931 in Drongelen, Netherlands.  She was united in marriage to John Van Gammeren on November 25, 1948.  They emigrated to America in 1949 with precious few belongings and stayed with family on a farm in Hawarden, Iowa, helping to farm the land. They eventually settled into their own farm place in Inwood, Iowa where they started farming and a family.

Alie was no stranger to hard work and hardship.  She managed a household of four small kids and helped her husband in the day to day farming operations. She also took on side jobs for friends and neighbors. After many struggles, and when the kids were grown, Alie decided it was time to take care of herself. She moved into her own home in Rock Valley, Iowa, and started her dedication to Hegg Memorial Health Center where she was a dietary aide/kitchen assistant in Valley Manor for 30 years.  She remarried on December 16, 1977 to John Vande Hoef. They continued to reside in Rock Valley but took every opportunity to travel throughout the United States to enjoy God’s creation, even making it back to the Netherlands a time or two to visit family. They cherished time together with family and friends playing cards and celebrating special occasions.  John passed in 1999 with Alie by his side. She continued working at the Manor and stayed busy spending every moment she could with the joys of her life, her grandchildren and great-grandchildren. Alie was a life-long member of the First Reformed Church, first in Inwood and then Rock Valley, watching services and singing along on TV when she could no longer attend in person. She battled back from several surgeries over the years, including her heart, knees, and hip. She passed peacefully on August 28, 2020, reunited at long last with her beloved daughter.

She was preceded in death by her husband John Vande Hoef, her daughter Thressa Van Gammeren, both of her brothers, Piet Nieuwkoop, of Sioux Center, Iowa and Ko Nieuwkoop, of Drongelen, Netherlands, and stepson Marv Vande Hoef.

To order memorial trees or send flowers to the family in memory of Aaltje "Alie" Vande Hoef, please visit our flower store.