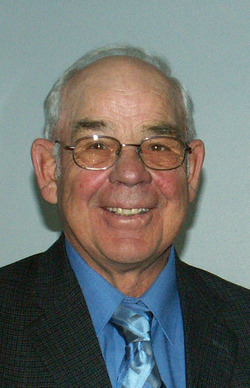 Albert Groeneweg, son of Bastian and Lydia (Vanden Bosch) Groeneweg, was born June 19, 1930 in Rock Valley, Iowa. He attended Rock Valley Community School through the 8th grade. On February 22, 1950 Albert was united in marriage to Joanna Kats. Together the couple farmed northeast of Rock Valley. They enjoyed their life on the dairy farm and working the crops. Albert and Joanna lived on the farm until 1992, when they moved to town.

Albert and Joanna enjoyed traveling and took several trips overseas. They also liked going out to eat and taking car rides together. Albert loved tractor pulling. Often you could find Albert enjoying coffee with friends and he really loved when the grandchildren and great-grandchildren would come to visit.

To order memorial trees or send flowers to the family in memory of Albert Groeneweg, please visit our flower store.