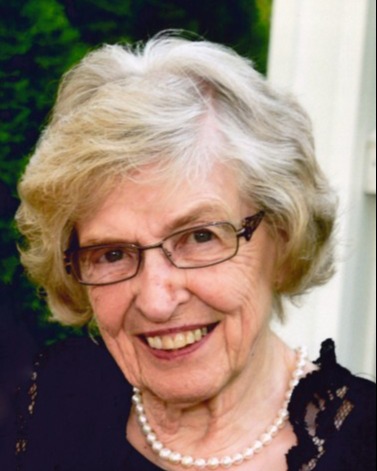 Rock Valley, IA: Alice Van Ginkel, 90, of Rock Valley, Iowa, died Friday, November 13, 2020, at Four Seasons in Rock Valley, Iowa. Funeral services will be held Thursday, November 19, at 1:30 PM at the Doon United Reformed Church. Rev. Joshua Engelsma of the Doon Protestant Reformed Church will be officiating. Burial will follow at Hillside Cemetery of Doon. Public visitation, with no family present, will be held Wednesday, November 18, from 2:00-7:00 PM at Porter Funeral Home of Rock Valley. Memorials may be given to the Northwest Iowa Protestant Reformed School or Trinity Christian High School.  The wearing of a mask is required at all gatherings. The service will be livestreamed at http://www.sermonaudio.com/doonurc.

Alice (Van Den Top) Van Ginkel, daughter of Jacob and Minnie (Burggraaf) Van Den Top, was born March 5, 1930 on a farm north of Rock Valley, Iowa. She attended Rock Valley Christian School through the 3rd grade and then country school near Alvord, Iowa through the 8th grade. On October 6, 1950, Alice was united in marriage with Edwin Van Ginkel at her parent’s home near Doon, Iowa. Alice and Ed lived in Rock Valley from 1950-1974. In 1974 they moved to a farm near Doon until they built a home in Doon in 1993 where they resided until March 2020 when they moved to Four Seasons in Rock Valley.

Alice’s life was centered around church and her family. Alice was a member of the Doon Protestant Reformed Church where she was very active. She was involved in the Martha Society, Ladies Circle, and volunteered at the Northwest Iowa Protestant Reformed School in Doon. Alice loved traveling with Ed. They would enjoy traveling to see family in Washington, and in 1982, Alice and Ed traveled to Singapore for a missionary trip to help establish a church. Alice also enjoyed flowers, sewing and wood finishing.

To order memorial trees or send flowers to the family in memory of Alice Van Ginkel, please visit our flower store.