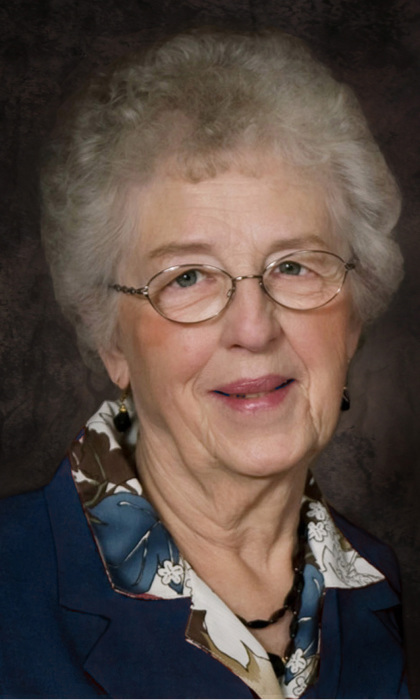 Funeral Service will be 10:30 a.m. Monday, October 7, 2019 at the Faith Reformed Church in Rock Valley with Rev. Mike Molenaar officiating. Burial will follow in the Valley View Cemetery. Visitation with the family will be from 2:00 p.m. to 4:00 p.m. Sunday at the Porter Funeral Home in Rock Valley. Condolences may be sent to www.porterfuneralhomes.com.

Alida Ione Jongerius was born in Rock Rapids, Iowa to William and Nellie (De Noble) Jongerius on August 13, 1932. She grew up on a farm near Lester, Iowa and also resided for a short time in California. Alida went to country school through the 8th grade and later in life obtained her high school GED from NCC in Sheldon, Iowa.

She met Marion Van Engen in Lester, Iowa and they were married on August 31, 1951 at her parents’ home. Marion and Alida settled on the family farm and were blessed with three children: Barry, Lyle and Brenda. In July of 2000 they retired and moved to Rock Valley, Iowa. Alida moved to Whispering Heights in October of 2018 where she was lovingly cared for by the staff. She entered into her heavenly home at the age of 87 on October 2, 2019.

Alida was active in the Bethel Reformed Church in Lester, Iowa for many years. She taught Sunday School and VBS and brought many bouquets of her own flowers to church for Sunday services. Cooking, sewing, gardening, and handwork were also some of her hobbies, but she was best known for her baking. Her caramel rolls, potato donuts, and pies were truly delicious!

To order memorial trees or send flowers to the family in memory of Alida Van Engen, please visit our flower store.