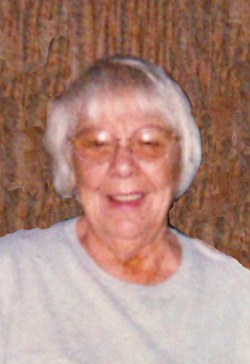 Anna Mae Kamies was born August 9, 1929 in Sheldon, Iowa, the daughter of John and Nellie (Boer) Kamies. On March 15, 1948, Anna Mae was united in marriage to Clarence De Vries. Together they made their home in Inwood, Iowa where Anna Mae loved being a homemaker. Clarence died on February 16, 1979. Ann then married Gary Van Surksum in 1980. The couple made their home in Sioux Falls, South Dakota. Ann will always be remembered for excellent cooking, especially her apple pies. Her grandkids never left without an apple pie in their hands.

She was preceded in death by her parents, John and Nellie; first husband, Clarence; daughter, Linda; and brother, John.