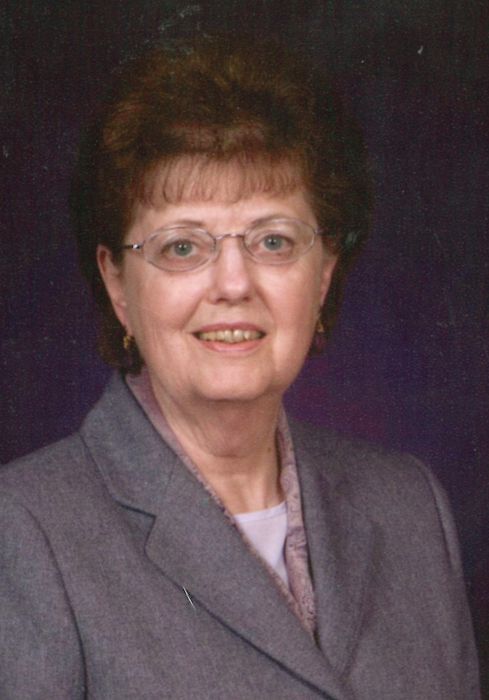 Funeral Service will be 10:30 a.m. Wednesday, October 23, 2019 at the First Reformed Church in Rock Valley with the Rev. Dr. Verlyn Boone officiating. Burial will follow in the Valley View Cemetery. Visitation with the family will be from 5:00 p.m. to 7:00 p.m. Tuesday at the Porter Funeral Home in Rock Valley. The funeral service will be livestreamed, please see the church website at www.rvfrc.org.

Arlene Lorraine Wissink was born November 20, 1934 in Doon, Iowa, the daughter of Gustav and Edith (Gerdes) Nagel. She graduated from the Doon High School and attended college in Omaha, Nebraska. She married Willard Wissink on December 16, 1960 at the First Congregational Church in Doon. They made their home in Rock Valley, Iowa.

Arlene was employed at Sioux City Brick and Tile, Otis Radio, and Kooimas. She later worked at Kempema and Nibblink CPA until retiring in the mid 1990’s.

She was a member of the First Reformed Church in Rock Valley and a member of the church circles for many years. Arlene enjoyed raising her children and watching her grandchildren. She also enjoyed sewing, needle work, and collecting Precious Moments. She loved gardening and growing many flowers.

She was preceded in death by her parents; 2 sisters, Michele Bahrenfuss and Evelyn Koson; 2 brothers-in-law, Ted Koson and Don Gibson; and sister-in-law, Barbara Wissink.

To order memorial trees or send flowers to the family in memory of Arlene L. Wissink, please visit our flower store.