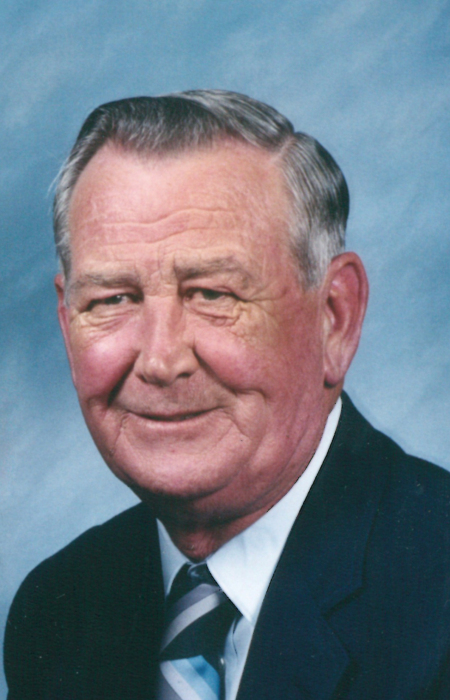 ROCK VALLEY, IOWA – Art Gerritson  passed away on Thursday, November 26, 2020 at the age of 86 at Hegg Health Center in Rock Valley.

Private family service will be held for Art with Pastor Jim Sweers of the Pioneer United Methodist Church officiating. Burial with military rites will be at Valley View Cemetery. Public Viewing, with no family present, will be from 2:00 p.m. to 7:00 p.m. Wednesday, December 2nd at the Porter Funeral Home in Rock Valley. Masks and social distancing are required and limited to 15 visitors at time.

In lieu of flower and gifts the family requests that memorials be directed to the Rock Valley Food Bank.

Arthur Lane Gerritson was born April 18, 1934 in Rock Valley, Iowa, son of Lane and Margaret (Kastine) Gerritson. He married Wilma (Billie) De Jager on January 28, 1955 at the First Reformed Church pastor’s home in Rock Valley, Iowa. They lived in Rock Valley where he worked at Van Zee’s Block and Tile.  Art also served his country in the Army and was stationed in Germany for 2 years.  In 1961 Art started working at the Rock Valley Community School as head custodian where he will always be remembered by the staff and students.  Following retirement in 1998, he enjoyed driving vehicles for Hi-Way Chevrolet Buick in Rock Valley for about 20 years. Art was an active member of the Pioneer United Methodist Church. His great love was his wife, children, grandchildren, and great grandchildren.  He loved spending time with family and friends. Art’s favorite pastime was fishing along with hunting, camping, gardening and maintaining his yard.

He was preceded in death by his parents; and one brother, Leonard Gerritson.

To order memorial trees or send flowers to the family in memory of Arthur "Art" Gerritson, please visit our flower store.