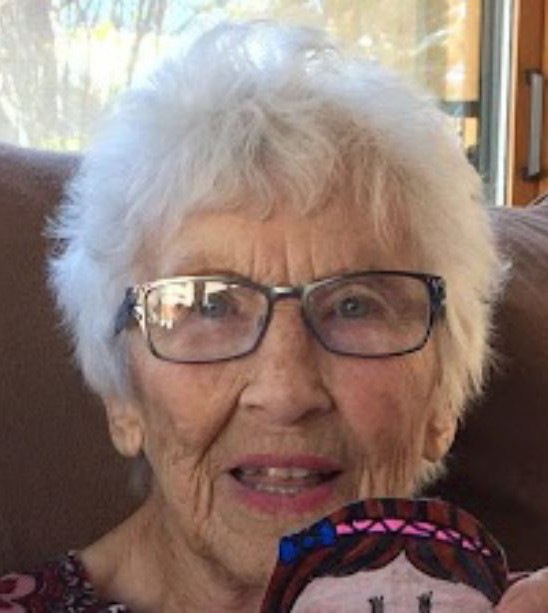 Augusta Mae, daughter of Herman and Clara (Tilstra) Veenis, was born September 13, 1930, at Canton, South Dakota. She attended country school near Beloit, Iowa through the 8th Grade. Gussie married David Henderson and the couple made their home in Rock Valley, Iowa where they raised their 3 children; Dave, Cheryl and Sandy. David died in 1980. Gussie later married Robert Redfield. The couple enjoyed many years together making their home in Sheldon, Iowa and later Sioux Falls, South Dakota. Bob died in 2019. Following Bob’s death, Gussie moved to Rochester, Minnesota with her daughter and son-in-law, Cheryl and Phil Larsen.

Gussie worked at Kooima Machine Works (Total Component Solutions) in Rock Valley for many years. She also spent time working at a restaurant in Rock Valley. Gussie enjoyed traveling and visiting her many siblings. Her family was important to her. They always had lots of fun when they all got together. Gussie also loved to read.

To order memorial trees or send flowers to the family in memory of Augusta "Gussie" Redfield, please visit our flower store.
Open