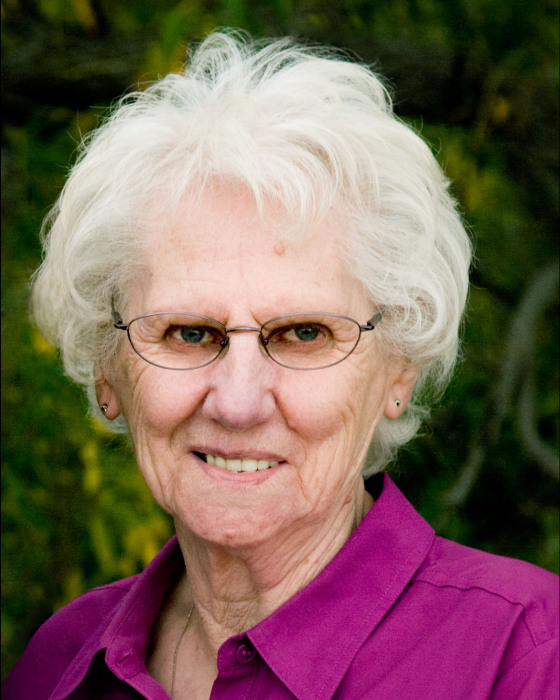 Rock Valley, IA: Bertha Leloux, 93, of Rock Valley, Iowa, died Thursday, December 17, 2020, at Hegg Health Center in Rock Valley. Funeral services will be held Thursday, December 24, at 11:00 AM, at First Christian Reformed Church in Rock Valley with Rev. Matthew Haan officiating. The family will be available for those wishing to extend condolences prior to the service from 9:30-10:30 AM at the church. The service can be watched on Premier Communications channel 76 or livestreamed at https://www.christianworldmedia.com/livechannel/firstcrcrv. Burial will follow at Valley View Cemetery of Rock Valley. Public visitation, with no family present, will be held Wednesday, December 23, from 3:00-6:00 PM at the First Christian Reformed Church. Memorials may be given to Rock Valley Christian School.

Bertha Leloux was born on August 6, 1927 in Chandler, Minnesota, the daughter of Gysbert and Johanna (De Kam) Bakker. In 1928 they moved to Hudson, South Dakota where they resided for 12 years and attended the Lebanon Christian Reformed Church. She attended country school 1 ½ miles from their home through the 8th grade. They then moved to a farm south of Rock Valley for a few years and in 1942 they purchased the farm north of Rock Valley where Bertha’s brothers still reside.

Bertha met Francis Leloux on July 3, 1949. Francis came to Rock Valley in a 1938 coupe where he met the love of his life. They were engaged on February 27, 1951 and were married on December 17, 1951 while Francis was home on furlough. Francis and Bertha established their home on 15th Street in Rock Valley where they raised a family of 5 sons and 2 daughters. In October of 2020 they made their home at Whispering Heights. Bertha attended the First Christian Reformed Church since 1942 and enjoyed being an active member of Bible studies. Bertha enjoyed her job as cook at Rock Valley Christian School where she enjoyed serving her children and several grandchildren. She also enjoyed volunteering at Whispering Heights for many years. She was a wonderful Christian influence on her family.

To order memorial trees or send flowers to the family in memory of Bertha Leloux, please visit our flower store.