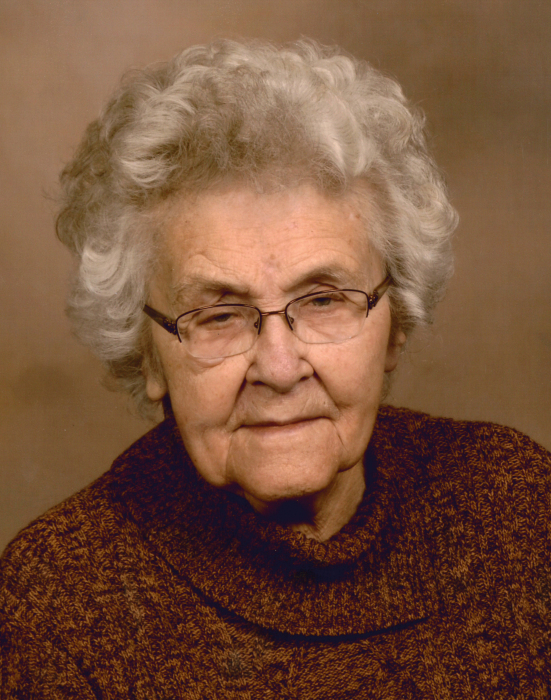 Bertha (Ymker) Van De Vendel, daughter of Lambert and Hattie (Bosch) Ymker, was born October 10, 1928 at Stickney, South Dakota. The Ymker family later moved to Fairview, South Dakota. Bertha was united in marriage with Cornelius “Cornie” Van De Vendel on May 18, 1955 at Rock Valley, Iowa. Together they farmed near Canton, South Dakota where they raised their four children. After retirement in 1987, the couple moved to Rock Valley. Cornie died November 15, 2010. Bertha continued living in Rock Valley until 2017 when she moved to Bethany Meadows in Brandon, South Dakota.

Bertha enjoyed quilting, antiques, and restoring furniture. She was a very hard worker throughout her whole life. Bertha was a member of the Netherlands Reformed Congregation of Rock Valley.

To order memorial trees or send flowers to the family in memory of Bertha Van De Vendel, please visit our flower store.