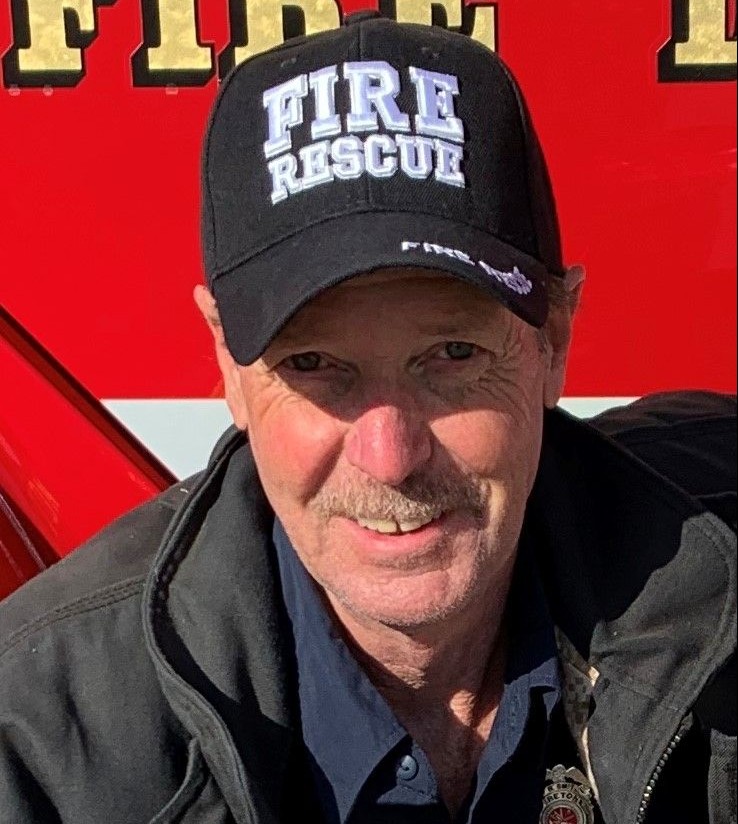 A service to celebrate his life will begin at 5:00 p.m. Thursday, March 17, 2022 at the Ireton Community Center with a supper to follow. Friends may visit with the family beginning at 4:00 p.m. and also at the supper. In lieu of flowers and gifts, the family prefers memorials be directed to the Ireton Fire Department. The Porter Funeral Home is assisting the family. Condolences may be sent to www.porterfuneralhomes.com.

Bruce was born in Pomona, CA on October 12, 1959 to Delmar and Ardel Smit. Bruce moved to Ireton, IA in 1967. Growing up, Bruce was a member of the Ireton Pee Wee ball teams and played in the Bud Kemper Tournaments, and you could find Bruce at Del’s Clover Farm on Saturday mornings sacking groceries with his two brothers. He graduated from West Sioux in 1977.

Bruce went directly into the work force after high school, and started working for Paul Vander Ham.  He did a lot of cement work, roofing/shingling, remodels and occasionally new structures. He left his mark in many houses and farms in the Ireton area.

When Delmar bought the Hardware store, Bruce was the manager for 6 to 7 years. Bruce became the full-time rural route mail carrier for Ireton in February of 1990. Not only did Bruce work 6 days a week for the United States Postal Service, he also worked for Eisma’s Garage with Stuart Eisma after his mail route during the week. Bruce retired from the USPS on February 25, 2022.

Bruce met the love of his life, Tina, during an EMT class in 1986, where Bruce was Tina’s patient. They married in October of 1986. Bruce and Tina were blessed with two children, Brandon and Brandi. Bruce spent their growing-up years taking them camping, fishing, and boating. He was passionate about woodworking, hunting, the Iowa Hawkeyes, and gardening.

Bruce is survived by his wife, Tina; two children, Brandon and Nicole Smit, and their son Bryce of Fortuna CA, and Brandi Smit and friend, Josh Fulton of Chapin, SC; his mother, Ardel Smit of Hawarden, IA; two brothers, Doug and Janet Smit of Ireton, and Ken and Kim Smit of Sioux Center; mother-in-law, Alice Harris of Ireton; father-in-law, Richard Case of Hawarden; brother-in-law, Ben and Nichole Case of Albany, OR; and nieces and nephews. Bruce was preceded in death by his father, Delmar.

Bruce was a beloved husband, father, grandpa, brother, uncle, and friend. He will be deeply missed by many but will always be remembered and loved.

To order memorial trees or send flowers to the family in memory of Bruce E. Smit, please visit our flower store.
Open

Visitation With The Family