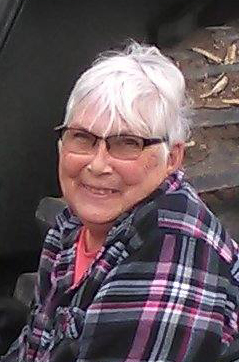 Hudson, SD: Carlotta VandeMore, 65, of Hudson, South Dakota lost her battle with cancer on Tuesday, May 21, 2019, at her home in Hudson. Memorial services will be held Sunday, May 26, at 3:00 PM at the Hudson Community Center with Pastor Kevin L. Jensen officiating. Inurnment will follow at Eden Cemetery of Hudson. Following the inurnment, Carlotta’s family will greet friends back at the Hudson Community Center. In lieu of flowers, memorials may be given to Hudson Emergency Services or the Hudson Public Library.

Carlotta Jean VandeMore, daughter of Donald and Mary (Krebs) Jacobs, was born June 8, 1953, in Highland Park, Michigan. Carlotta was united in marriage with Michael VandeMore on January 29, 2005. Together the couple made their home on a farm outside of Hudson, South Dakota. Carlotta worked for several years at Cooperative Farmers Elevator (CFE) in Hudson. She loved spending time outside, helping with farm work, camping, snowmobiling, and riding her Harley.

Carlotta’s very best times were spent with her grandchildren: Joanna Stroeh, McKenna Westphal, Ariyanna Miller, Layne Miller, Wyatt Miller, Dalton Van Wyhe, Dawson Van Wyhe, Landen Kroger, Lilly Kroger, Delaney Waterman, and Nolan Waterman. Carlotta held a special place in the hearts of her grandchildren and was comforted in knowing that the chapters in her book will continue to go on through them.

Carlotta was preceded in death by her parents, Donald and Mary; brother, Donald Jacobs; and beloved granddaughter, Ariyanna “Rosie” Miller.

To order memorial trees or send flowers to the family in memory of Carlotta J. VandeMore, please visit our flower store.