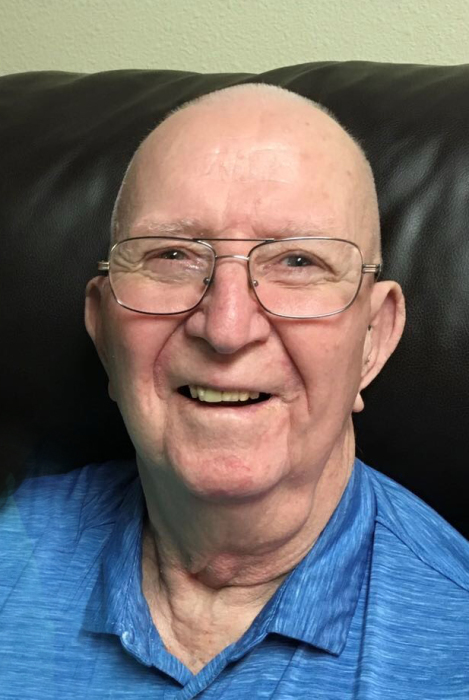 Funeral Service will be 10:30 a.m. Saturday, November 9, 2019 at the Faith Lutheran Church in Orange City, Iowa, with Rev. David Daumer officiating. Following a luncheon, burial will be in the Pleasant Hill Cemetery in Ireton, Iowa with military rites conducted by the Heeren McHalz Wilkens Post 724 of Brunsville. Visitation will begin at noon Friday, with the family present from 5:00 p.m. to 7:00 p.m., and a Prayer Service at 7:00 p.m. at the Porter Funeral Home in Hawarden. Condolences may be sent to www.porterfuneralhomes.com.

Carlyle “Swede” Duane Dirks was born January 31, 1932, the son of Fred and Margaret (Renken) Dirks. He grew up on a farm near Ireton, Iowa and was baptized and confirmed at the St. Paul’s Lutheran Church in Ireton. He attended country school through the 8th grade, at which time he returned home to help on the farm.

Carlyle married his true love, Ihlo M. Johnson, on February 5, 1953 at St. Paul’s Lutheran Church in Ireton. Later that year in June, he enlisted in the US Army. He did his basic training with the Fifth Armored Division at Camp Chaffee, Arkansas. He served overseas in Germany and was honorably discharged May 5, 1955.

Following the return from his service, Carlyle and Ihlo were blessed with four children, Duane, Roxann, Angela, and Steven. Carlyle was employed as a lineman for the City of Hawarden, Iowa, and later as a foreman at Coilcraft. In 1969, Carlyle and Ihlo moved to Orange City, Iowa where Swede managed the Coilcraft in Orange City, and where they raised their family. He was also employed at K-Products, Vogel Paints, and Krayco Janitorial Supplies. They lived on an acreage south of town that was known by and started by Swede as the “Boots & Wheel Ranch”. He would receive worn out boots from around the country and Swede would place them on fence posts around the acreage. He loved bailing hay and feeding small groups of cattle, enjoyed fishing, and dancing with his wife, (which is how they met, at a dance!). He was a huge fan of the New York Yankees. Swede took great pride in his lawn and cleaning his vehicles. In 1989, they sold the acreage and moved into town. Swede and Ihlo moved into the Hillcrest Health Care Center in Hawarden in 2017.

Swede and Ihlo were among the 6 couples who were charter members of the Faith Lutheran Church in Orange City. He was an awesome grandpa; he loved each one of his grandchildren and great-grandchildren. Swede went to every event that his grandkids were in and he was so proud of them.

To order memorial trees or send flowers to the family in memory of Carlyle "Swede" Duane Dirks, please visit our flower store.