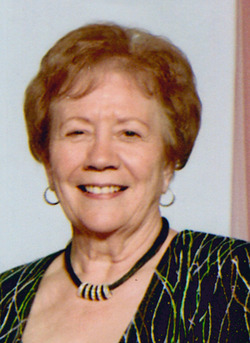 
Doon, IA: Carol Sue Hoppe, 80, of Doon, Iowa passed away unexpectedly Monday, October 30, 2017 at her home. Memorial services will be Friday, November 3 at 2:00 PM at First Reformed Church of Doon with Rev. Don Baker officiating. Private family inurnment will be held prior to the service at Hillside Cemetery of Doon. Memorials may be given to the First Reformed Church of Doon Missions Fund.

Carol Sue (Fonkert) Hoppe was born March 16, 1937 in Sheldon, Iowa to Peter and Janette (Harms) Fonkert. She graduated from Sheldon High School in 1955. She then attended Northwestern College in Orange City, Iowa and obtained a teaching certificate in 1957.

On August 19, 1958, Carol was united in marriage to Eugene Hoppe. They farmed near Doon, Iowa and moved to Doon in 1987. Carol was an active member of the Doon First Reformed Church, serving in Sunday School, choir, and ladies aid.

Carol was preceded in death by her husband, Gene; parents, Peter and Janette; and brother, Leroy Fonkert

To order memorial trees or send flowers to the family in memory of Carol Hoppe, please visit our flower store.