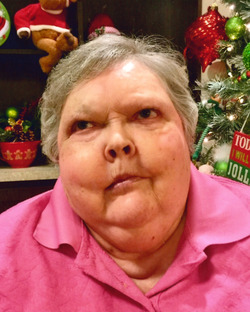 
Hawarden, IA: Carol Ann Lantz, 73, of Akron, Iowa, formerly of Hawarden, Iowa, died Wednesday, December 28, 2016, at the Akron Care Center. Funeral services will be held Monday, January 2, 2017 at 2:00 p.m. at Porter Funeral Home in Hawarden with Rev. Mark Klompien officiating. Burial will follow at Grace Hill Cemetery of Hawarden. Visitation, with family present, will be held one hour prior to the funeral service from 1:00-2:00 p.m. at Porter Funeral Home.

Carol Ann Lantz, daughter of Herbert and Maxine (Jones) McMillan, was born June 14, 1943 at Hawarden, Iowa. Carol attended West Sioux High School, graduating in 1963. She married Fred Lantz on June 28, 1978 in Hawarden. They made their home in Hawarden. After Fred’s death on September 28, 2003, Carol moved to a Hope Haven facility due to her blindness. She later moved to her current home at the Akron Care Center in Akron, Iowa.

Carol was a proud survivor of cancer and she lived with diabetes. She had a deep faith and was a member of the Christian Reformed Church in Hawarden. Carol enjoyed listening to Christian music. She liked red roses, blue carnations, and loved her dog, Peanut.

To order memorial trees or send flowers to the family in memory of Carol Lantz, please visit our flower store.