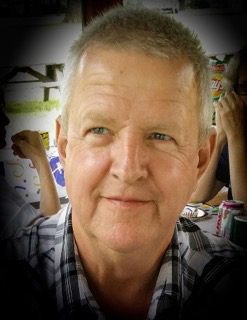 HAWARDEN, IOWA ~ Charles Dean “Chuck” Smith, 67, of Hawarden, passed away on Wednesday, October 16, 2019 at his residence under hospice care.

There will be a Family Prayer Service at 1:00 p.m., followed by visitation with the family for the public from 2:00 p.m. to 3:30 p.m. on Saturday, October 26, 2019 at the Porter Funeral Home in Hawarden, Iowa. Private family inurnment at the Grace Hill Cemetery will follow the visitation. Family and friends are invited to a reception beginning at 4:00 p.m. on that Saturday at Jim and Kristi Anderson’s place at 1691 453rd Street in Hawarden. Condolences may be sent to www.porterfuneralhomes.com.

Charles Dean “Chuck” Smith was born October 19, 1951 in Onawa, Iowa, the son of Wayne and Mary (Steele) Smith. He grew up in the Hornick area and attended school at Holly Springs and Sloan, Iowa. Chuck married Carolyn Yockey on November 14, 1969 in Elk Point, South Dakota.

He later married Joan Anderson on May 1, 1982 in Chatsworth, Iowa. Chuck worked road construction for several years for Irving Jensen, Brower Construction, Des Moines Asphalt, and Midwest Paving. In 1987 he started driving truck for Anderson Trucking in Hawarden, Iowa and did this for 31 years, before retiring in 2018.

Chuck really enjoyed gardening and sharing his vegetables with family and friends. He also liked fishing and boating. Chuck was a big fan of NASCAR and attended the Daytona 500 several times.

To order memorial trees or send flowers to the family in memory of Charles "Chuck" Dean Smith, please visit our flower store.