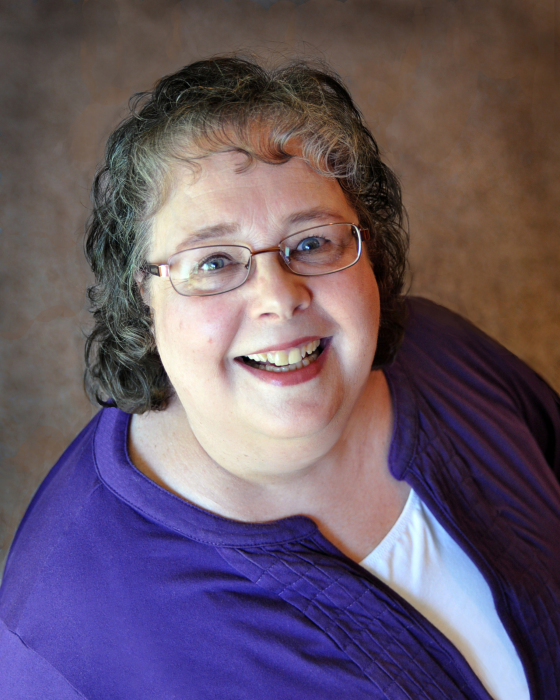 Cindy Groom-Harry was born February 16, 1952 in Sibley, IA, the daughter of Robert Clarke and Charlene Patricia Wade-Jones Groom. Her sister, Sandy was born in 1956. Cindy graduated from West Sioux High School in 1970; from South Dakota State University with a Bachelor’s degree in art and journalism in 1974; from the University of South Dakota with a Master’s Degree in art in 1979; and over the next few years, earned an additional 36 post graduate hours in art education.

On July 27, 1974 Cindy married her high school classmate, Lee R. Harry. In 1977 daughter, Bobbi Christine, was born. In 1979 daughter, Carin Shyla was born. Cindy taught elementary and high school art for fifteen years at West Sioux while also teaching middle school art at a private school for several years and college classes at Sioux Empire College for six years. In 1981 she started a side business of designing and writing for national magazines, which grew until she left teaching in 1989 to devote full time to her design career.

Cindy and CMC have received numerous honors: Finalist in the first National Designer of the Year Competition; Winner of the Designer with Heart Award; three consecutive annual Best Booth awards at the International Collectible Shows; and National Best New Product Innovations and Award of Excellence for four corporations. Cindy served on the board of the national designers’ organization for three years. For nine years, she served on the national Craft and Hobby Assn. Board working with the CEOs/Presidents of the Michaels and Jo-Ann Stores chains. She chaired numerous CHA committees and holds the highest-ranking certification in the CHA and SCD industry organizations. In 2004, CrafTrends Magazine recognized Cindy as one of the most influential people in the 32 billion dollar industry. However, the most meaningful award was presented to her in 2010 for her work with the national association and consumer craft industry, CHA’s highest honor, the Meritorious Award of Honor. In seventy years, fewer than thirty individuals have received this international award.

Those greeting her on the other side are: Her grandparents; parents; a still-born brother, Robert Wade; in-laws, Robert Neil Harry and Lila Mae Schiefen Harry; two unborn grandchildren; and good friends, Wendee, Peg, and Jayne.

Cindy requested that anyone wanting to celebrate, please get together with their own families, do something memorable, and laugh! (She said that she’d be there, too…so watch for signs!)

The family prefers memorials be directed to the Brandon Valley Special Olympics in care of Lee Harry 2368 460th Street Ireton, Iowa 51027. Thanks.

To order memorial trees or send flowers to the family in memory of Cindy Groom-Harry, please visit our flower store.