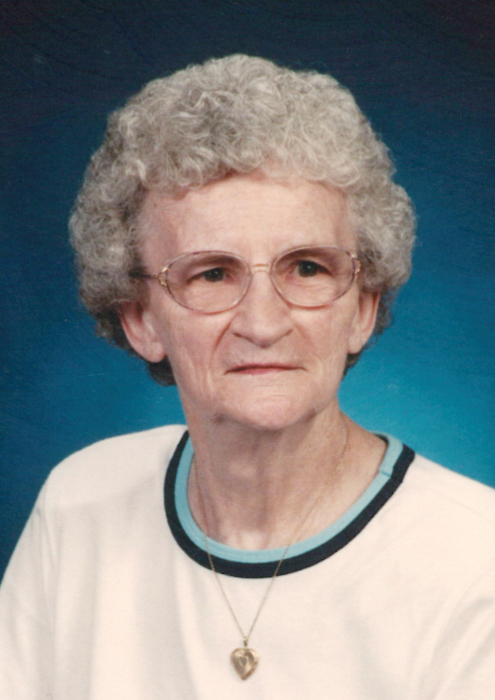 Cornelia “Corky” Van Grouw, 92, of Luverne, Minnesota, formerly of Inwood, Iowa, died Friday, August 23, 2019, at the Good Samaritan Society – Mary Jane Brown Home in Luverne. Funeral services will be held on Wednesday, August 28, at 10:30 AM at the Inwood Christian Reformed Church with Rev. Adam Eisenga officiating. Burial will follow at Richland Cemetery of Inwood. Visitation, with the family present, will be held Tuesday, August 27, from 6:00-7:30 PM at the church. Porter Funeral Home of Inwood is assisting the family with funeral arrangements.

Cornelia “Corky” Van Grouw was born January 6, 1927, to Bert and Gertrude (Van Beek) Int Veld, near Bruce, South Dakota. As a young adult, Corky and her family moved to the Inwood, Iowa area and they became members of the Christian Reformed Church. She met Arie Van Grouw and the couple was married December 1, 1948.

They continued to live in and around the Inwood area. Corky worked alongside her husband on the farm. She also had various jobs off the farm, one of which was the head cook at the Inwood Christian School when they began offering hot lunches.

Arie passed away January 2, 1976, and shortly after, Corky moved into Inwood where she lived until she moved to the Oaks Assisted Living in Luverne, Minnesota in 2015. She then transitioned into the Mary Jane Brown Nursing Home in 2017.

Corky enjoyed traveling and visited many areas in the United States. She also liked to have visitors at her home. No visitor ever left hungry or thirsty, and they were always welcome to stop again.

To order memorial trees or send flowers to the family in memory of Cornelia "Corky" Van Grouw, please visit our flower store.