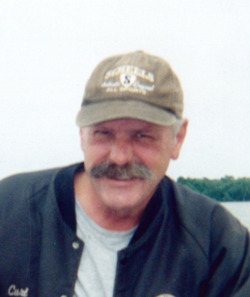 Curtis Van Ness was born on March 9,1952 in Hull, Iowa, son of Cecil and Doris (Bauer) Van Ness. Curtis married Donna Toenjes on November 1, 1969 in Ireton, Iowa. Curtis attended Pipestone Vocational school for meat cutting. After graduating from vocational school, they lived in Minneapolis, Minnesota for a short time before settling in Wilmont, Minnesota. While living in Wilmont, they operated a meat locker for 5 years. Curtis went back to vocational school for truck driving in Sheldon Iowa. After graduating from school, he was employed by Stylecraft. Curtis and Donna divorced in 1991. Curtis then moved to Iowa. He lived in Spencer and Sibley before settling in Milford where he retired.

He is preceded in death by his parents and infant brother Jeffrey.

To order memorial trees or send flowers to the family in memory of Curtis Van Ness, please visit our flower store.