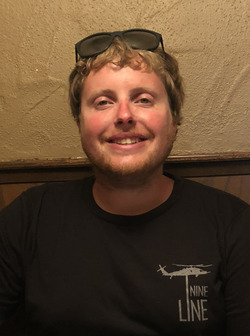 Rock Valley, IA: Dalton Van Zanten, 30, of Rock Valley, Iowa, died Tuesday, August 7, 2018 at his residence of natural causes. Memorial services will be held Monday, August 13 at 11:00 AM at Trinity Christian Reformed Church in Rock Valley with Rev. Henry Lengkeek and Rev. Stanley Groothof officiating. Committal services will begin at 9:30 AM at the church with burial at Valley View Cemetery of Rock Valley. Visitation, with the family present, will be held Sunday, August 12 at Trinity Christian Reformed Church in Rock Valley from 1:30-4:30 PM. The family prefers memorials be directed for a future project to honor Dalton’s life. Condolences may be left for the family at www.porterfuneralhomes.com.
Dalton James Van Zanten, son of Bob & Cathi (De Kruyf) Van Zanten was born on August 6, 1988 in Sioux Falls, SD. He attended Rock Valley Christian School and Western Christian High School graduating in 2007. He then went on to attend Northwest Iowa Community College and Colorado Tech University earning his bachelor’s degree in business. Dalton met his future wife, Rachel Hulstein, via a mutual friend and they married on August 28, 2015. Dalton was a member of Trinity Christian Reformed Church.
Dalton was always known to be a lover of all things special and different – he wanted what he was making, growing, and eating to be something no one else had done. After college, he spent several years working in the food service industry, first as a cook, then working his way into management. He, Rachel and his parents took a leap of faith and began a shrimp farm in 2015 hoping to revolutionize seafood production in the Midwest. After giving shrimping a go and never afraid to try something new, Dalton began work in owning a hog barn and daily caring for those hogs. In 2017, his dream of living on the home farm site was realized when he and Rachel purchased the farm where Dalton grew up. He loved tending the grass and making the farm place feel like his own. His new-found love was in planting and raising various forms of heirloom tomatoes, other garden veggies, sunflowers and tending his hibiscus plant. He was especially proud of the flag pole with the American flag that he added to the front yard of the farm. Dalton was rarely found without his outfit of camo shorts, a t-shirt, and his sunglasses either over his eyes or on top of his head. A cherished time of day was when he and Rachel would sit down every morning, read their devotional and pray for the day ahead.
Dalton’s best friend was Carl, he and Rachel’s beloved Goldendoodle. He was never to be missed cruising around town and to do chores in the Geotracker with Carl as his fearless passenger. Carl truly is a man’s best friend.
He is survived by his wife, Rachel of Rock Valley and his parents, Bob and Cathi Van Zanten, also of Rock Valley, his sister, Breanna (Cody) Nelson of Rapid City, SD and their sons, Mokgeseng, Ntsane and Bongani. He also is survived by his paternal grandparents, Bill and Margene Van Zanten of Orange City, and his maternal grandparents, Rod and Carol De Kruyf of Sioux Center. Also left to cherish his memory are his parents-in-law, Loren and Debra Hulstein of Sheldon and a brother-in-law Michael (Chelsea) Hulstein of Sheldon, and their daughters, Addison and Aubrey. He is always remembered by a whole host of other family and close friends.

To order memorial trees or send flowers to the family in memory of Dalton Van Zanten, please visit our flower store.