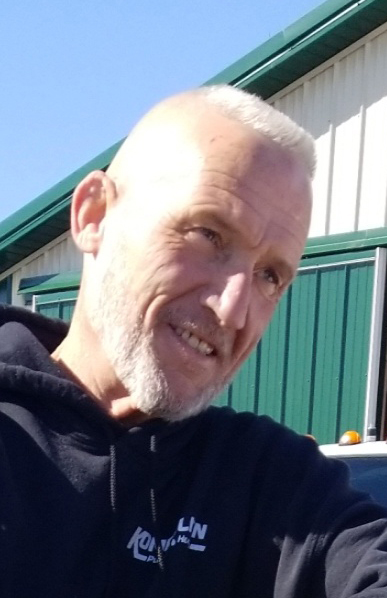 Pipestone, MN: Daniel ‘Doon’ Jay Ryan, 59, of Pipestone, Minnesota, passed away on Wednesday, February 19, 2020, at the Dougherty Hospice House in Sioux Falls, South Dakota, after a courageous battle with cancer surrounded by his loving family. Relatives and friends are invited to attend a Celebration of life Gathering on Sunday, March 1st from 1-4 PM at the Hiawatha Lodge, 805 3rd Avenue NW, Pipestone, Minnesota. Porter Funeral Home of Rock Valley, Iowa is assisting the family with arrangements.

Daniel was born September 17th, 1960, to Phillip & Marian (Mann) Ryan in Iowa City, Iowa. He was raised in Doon, Iowa, where he met and fell in love with Terri Gorter. They were married July 11, 1981, and made their home in Sioux City, Iowa. They eventually settled in Blaine, Minnesota, and Daniel was hired by the Burlington Northern Santa Fe Railroad where he worked as a Water Service Foreman until his passing.

Daniel is loved beyond measure as a husband, father, brother, grandfather, and a great friend. Daniel was most known for his big heart and generosity. His greatest gifts were his sense of humor and his ability to make everyone smile no matter the circumstance. Daniel made everyone feel like a friend and if he was ever upset you would be introduced to his trademark right pointer finger.

A true Irishman, Daniel was an avid fan of all things Notre Dame. Daniel enjoyed working on his acreage, raising his Belgian horses, cruising in his Corvette, drinking coffee with his cronies, and most importantly, spending time with his grandchildren.

Daniel is survived by his wife of 38 years, Terri; daughter, Rhiannon Ryan of Coon Rapids, Minnesota, and her children Madalyn, Peter, Justin, Eva; son, Travis (Nicole) Ryan of Sioux City, Iowa, and their daughter Maxine; daughter, Karli (David) Buffington of Holland, Minnesota, and their daughter Raelynn; son, Mitchell Ryan of Pipestone, Minnesota, and his sons Carter and Dexter; siblings, Michael Ryan of Rock Rapids, Iowa, Rita Stevens of Storm Lake, Iowa, and brother-in-law Carroll ‘Gene’ Waag of Akron, Iowa; he was blessed with many amazing aunts, uncles, cousins, nieces and nephews, and fellow BNSF co-workers from all over the country whom he loved dearly.

To order memorial trees or send flowers to the family in memory of Daniel Jay Ryan, please visit our flower store.