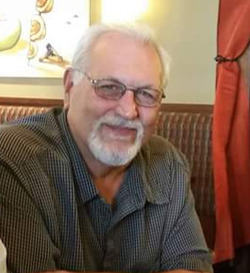 Dave was born on April 29, 1959 in Hawarden, Iowa, the son of Arthur and Irene (Stowe) Kallsen. He was a 1978 graduate of West Sioux High School. Dave dedicated 39 years to working for Aspen Equipment, most recently holding the title of project manager at the Bloomington, Minnesota branch.

Dave loved spending time with his family and was an avid reader.

He is preceded in death by his parents, Arthur and Irene Kallsen, and two brothers, Dennis and Jeffrey Kallsen.

A Memorial Service will be held at 1:00 pm Saturday, November 24, 2018 at Porter Funeral Home in Hawarden, Iowa, with Rev. Erma Wolf officiating. Burial will follow at Grace Hill Cemetery. All family and friends are welcome to attend. Condolences may be sent to www.porterfuneralhomes.com.

To order memorial trees or send flowers to the family in memory of David Kallsen, Sr, please visit our flower store.