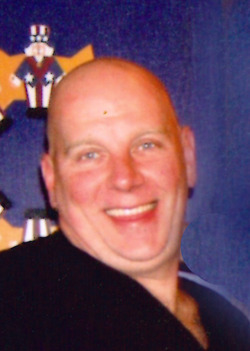 
Hawarden, Iowa ~ David Lawrence Sturtevant, 67, passed away at his residence in Hawarden.

Visitation with David’s family will be from 5:00 p.m. to 7:00 p.m. Friday, December 21, 2018 at the Porter Funeral Home in Hawarden, Iowa. The presentation of the flag to his family will be conducted by the Hawarden American Legion Two Oaks Post #254 at 7:00 p.m. Friday. Condolences for the family may be sent to www.porterfuneralhomes.com.

David Lawrence Sturtevant was born June 12, 1951, in Superior, Wisconsin, the son of Verlin and Shirley (Moore) Sturtevant. David served with the United States Navy from April of 1970 to April of 1972. While in the Navy he received the Nation Defense Service Medal, Vietnam Service Medal with one Bronze Star, a Meritorious Unit Citation, and a Republic of Vietnam Campaign Medal. David returned home to Akron, Iowa following his discharge from the Navy.

David made his home in Hawarden, Iowa where he was employed at the Iowa Lamb Plant. He worked at the Dollar General Store and later at Central Catering.

David loved his dog and enjoyed his fish. He enjoyed doing anything outside and working the farm.

David was preceded in death by his father, Verlin and brother, Paul.

To order memorial trees or send flowers to the family in memory of David Sturtevant, please visit our flower store.