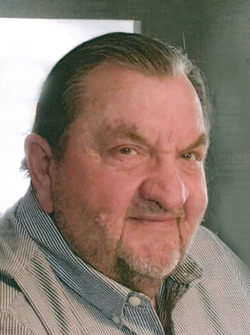 Funeral Service will be 10:00 a.m. Friday, March 23, 2018 at the Associated Church in Hawarden with Rev. Erma Wolf officiating. A luncheon will follow at the Hawarden Community Center. Procession from the Community Center to Grace Hill Cemetery in Hawarden will begin at 1:30 p.m. Visitation with the family will be from 6:00 p.m. to 8:00 p.m. Thursday at the Associated Church. The Porter Funeral Home in Hawarden is assisting the family. Condolences may be sent to www.porteruneralhomes.com.

Dean Vincent Lill was born January 11, 1949, to Lloyd and Dorothy (Stange) Lill at Cherokee, Iowa. He was baptized and confirmed at the St. Paul Lutheran Church in Holstein, Iowa. Dean attended Cushing schools and graduated in 1967 from Eastwood Community School. He was active in all high school activities: sports, musicals, and band. Having grown up on a farm, he grew up doing chores, crop farming, and raising purebred Hampshire hogs with his Dad. It was there that he developed a good work ethic and Christian upbringing from his parents.

He attended Morningside College for a year, then transferred to Hawkeye Tech in Waterloo in 1970. He moved to Sharpsville, Indiana and was head herdsman for Wm. G. Nash Farms. In 1971, he was united in marriage to Cynthia Ann Iwers. To this union were born two daughters, Beth Marie and Kara Noelle. On November 30, 1991, he married Charlene (Vande Hoef) Schiefen at the Associated Church in Hawarden, Iowa.

Dean had a varied work history over the years: farming, raising purebred Hampshires, plant management at VT Industries and OTR truck driving. His favorite job was working at West Sioux Community Schools in Hawarden as the groundskeeper and bus driver. Going back to his farming roots, he was then employed by Farmers Elevator Coop before retiring in January of 2017. He also worked part-time for the City of Hawarden mowing, which he thoroughly enjoyed. Dean appreciated every job he took on with great pride and was meticulous with every detail.

His hobbies included following sports, whether it was West Sioux teams, or his grandchildren’s activities. Dean and Charlie enjoyed dancing and going to auctions, and they both shared their love of music together attending many concerts and singing in the church choir. He also enjoyed his time playing slow pitch leagues. He was a member of the Associated Church and the Sons of the American Legion. Dean’s greatest enjoyment in life was his family.

Dean was preceded in death by his grandparents and his parents.

To order memorial trees or send flowers to the family in memory of Dean Lill, please visit our flower store.