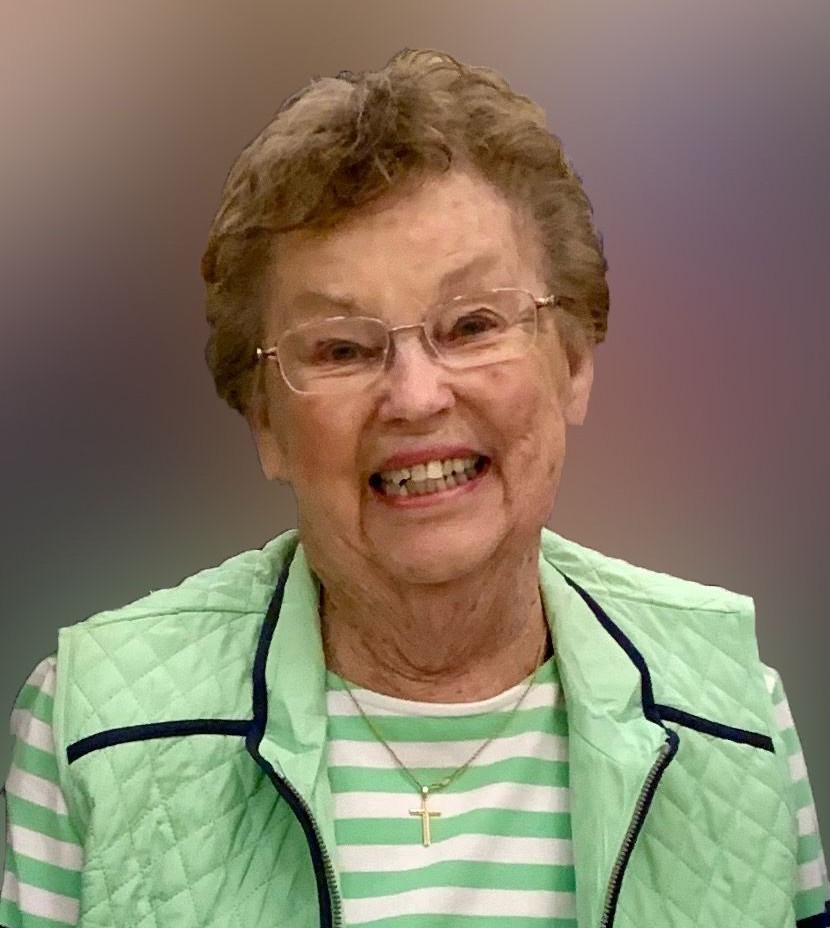 Delma Jean (Eilts) Vreeman, age 92, of Ireton Iowa passed away Sunday, January 9, 2022 at the Hawarden Regional Healthcare Hospital after a short illness.
Public viewing with no family present will be on Tuesday, January 11th from 4:00 p.m. to 7:00 p.m. at St. Paul's Lutheran Church in Ireton. Due to the current COVID-19 situation, private family funeral service will be Wednesday at St. Paul’s Lutheran Church with Rev. Joshua Lowe officiating. Burial will follow at Pleasant Hill Cemetery. The Porter Funeral Home in Ireton is assisting the family. The funeral service will be recorded and available on St. Paul’s Lutheran Church Facebook and YouTube page.
Delma was born to Henry and Irene (Bertram) Eilts on December 1, 1929 in Ireton, Iowa, where she has lived her entire life. In December she moved to Oak Hill Assisted Living Facility in Hawarden. She was a lifelong member of St. Paul's Lutheran Church where her great-grandfather Henry Kluter was a founding member. She was baptized and confirmed there but was married in Sioux Center due to the new church being built. She graduated from High School at Ireton in 1947.
She met her life partner, Bud Vreeman, when he stopped at the farm house to ask for directions. They were married on May 1st, 1950 and celebrated their 70th anniversary in 2020 before Bud passed away on February 28, 2021.
She was a meticulous housewife, mother of 6, and a beautifully talented seamstress, quilter, and gardener. She enjoyed puzzling and always had one in the process. She enjoyed coffee at the Super Stop and riding around Ireton on her golf cart! She loved being a homemaker and enjoyed many wonderful trips with Bud throughout their lives. She had an unmatched work ethic her entire life and was always doing something for someone else. She was fun loving and so very young at heart. Most important to her were Faith, Family, and Friends.
No treasure could equal the gift of having her as our Mom and Grandmother to our children.
She is survived by her children, Pam (Mick) Everett of South Sioux City, Nebraska, Val (Kent) Hoogland, Greg (Genise) Vreeman, Scott (Gina) Vreeman all of Ireton; Lisa (Tom) Hanlon of Sioux Falls, South Dakota; and son-in-law, Bob Benz of Friday Harbor, Washington. Also left to carry on her wonderful legacy are 18 grandchildren, 26 great-grandchildren, sisters, Ruth Van Den Berg of Ireton and Helen Nitzschski of Burnsville, Minnesota and many special nieces and nephews.
She was preceded in death by her husband Bud of 70 years; infant son, Kent; daughter, Patti; granddaughter, Ashley; great-grandson, Raymond; son-in-law, Blake Hultquist; and her brother, Lloyd Eilts and his wife Jean.
We would like to thank Pastor Boothby, the staff at Oak Hill Assisted Living and especially the caring staff at Hawarden Regional Hospital, including Dr. Nystrom and Cindi Rule.
In lieu of flowers, memorials can be directed to St. Paul's Lutheran Church or the Ireton Community Foundation.

To order memorial trees or send flowers to the family in memory of Delma J. Vreeman, please visit our flower store.
Open