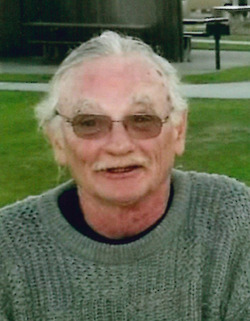 Funeral Service will be 2:00 p.m. Saturday, December 9, 2017 at the St. Mary Catholic Church in Hawarden with Father Sunny Dominic officiating. Burial will follow in Grace Hill Cemetery with Military Rites conducted by Two Oaks American Legion Post #254 of Hawarden. The Porter Funeral Home in Hawarden is assisting the family. Condolences may be sent to www.porterfuneralhomes.com.

Dennis Richard Clifford was born February 4, 1940 in Canton, South Dakota to Ellen (Brazzell) Clifford and George Clifford. Dennis was the 11th of 13 children. The family moved to Sioux Falls, South Dakota in 1954. Dennis graduated from Cathedral High School in 1958. He attended St. Mary Seminary for 2 years and furthered his education in California. Dennis served in the US Air Force from 1963 to 1967. He was employed at Stanford University Atomic Acceleration in California.

He was preceded in death by his parents; brothers, Mike, George, Jackie, and Charles; and sisters, Mary Zimmerman, Marjorie Du Vall, Colleen Clifford, and Delores Ulrickson.

To order memorial trees or send flowers to the family in memory of Dennis Clifford, please visit our flower store.