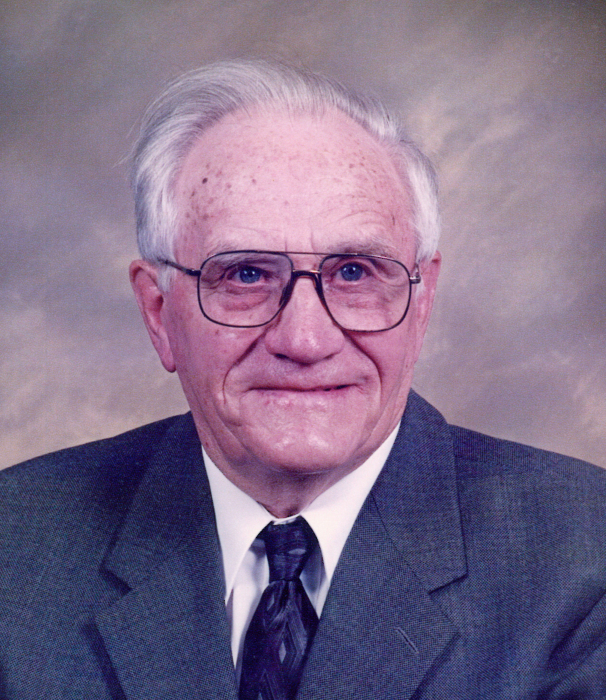 Rock Valley, IA: Dick Burgers Jr., 91, of Rock Valley, Iowa, formerly Doon, Iowa, died Wednesday, January 27, 2021, at Whispering Heights, Rock Valley. Funeral services will be held Friday, February 5, at 10:30 AM at Doon Protestant Reformed Church with Rev. Joshua Engelsma officiating. The service will be livestreamed at https://www.youtube.com/channel/UC6TC8dwh7gVWH19jjWqWQMg. Family burial will be at Hillside Cemetery, Doon. Visitation will be held Thursday, February 4, from 2:00 – 7:00 PM with the family present from 5:00 – 7:00 PM at Porter Funeral Home, Rock Valley. Social distancing and mask protocols will be followed. Memorials may be given to the Northwest Iowa Protestant Reformed School, Doon.

Dick Burgers was born November 19, 1929, to Dérk and Celia (Heijnekamp) Burgers at Bennekom, Netherlands. He attended Christian school in the Netherlands. Many of his family immigrated to the United States in 1948 and came to Rock Valley, Iowa. Dick was united in marriage to Gertrude Van Beek on October 23, 1951, at Sioux Center, Iowa. Gertrude died June 12, 1999.

Dick worked for several farmers in Rock Valley and McNally, Iowa and later bought a farm near Alvord, Iowa. They retired in 1995 and moved to Doon, Iowa. Having lived thru World War II in Holland as a young boy. Dick appreciated everything in life and did not complain, knowing how much different life could have been. He had contentment in God’s way for him. He enjoyed farm life, traveling, reading, singing, visiting and sharing experiences of his youth. He was a member of the Doon Protestant Reformed Church.

To order memorial trees or send flowers to the family in memory of Dick Burgers, please visit our flower store.