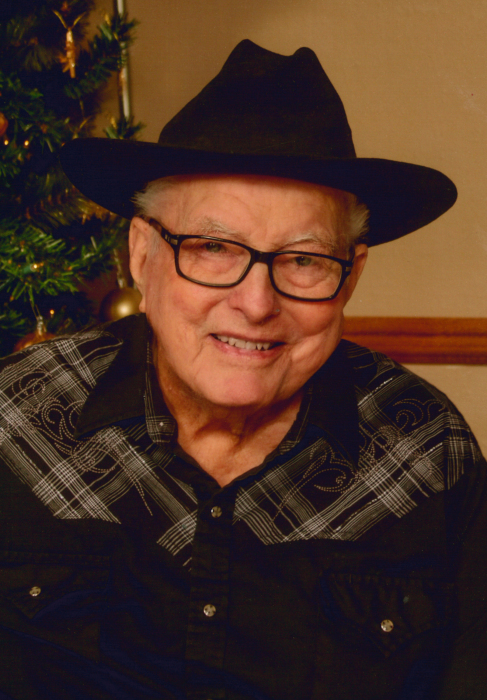 Doon, IA: Donald R. Aardema, 88, of Doon, Iowa, died Sunday, May 31, 2020 at Rock Rapids Care Center in Rock Rapids, Iowa. Private Funeral Services will be held Thursday, June 4, at Doon Protestant Reformed Church with Rev. Joshua Engelsma officiating. Burial, with military rites, will follow at Hillside Cemetery of Doon. The funeral service can be live-streamed at 10:00 AM on Thursday by going to http://www.doonprc.org/listen-live.html. Visitation, without the family present, will be held Wednesday, June 3, from 2:00-7:00 PM at Porter Funeral Home of Rock Valley. Memorials may be given to Northwest Iowa Protestant Reformed School in Doon.

Donald Roy Aardema, son of Simon and Tracy (Zylstra) Aardema, was born August 21, 1931 at Doon, Iowa. Don grew up attending and graduating from Doon Public School. On April 21, 1952 Don was inducted into the United States Navy and proudly served his country during the Korean Conflict. He was honorably discharged on February 11, 1954. Don was united in marriage with Mary Ann Mantel on June 1, 1967. Together the couple made their home in Doon, raising their three children; Rebecca, Nathan, and Teresa. Mary Ann died September 13, 2006.

Donald worked in the family masonry business. Don and his brother, Stanley, took over the family business after their father retired and they operated Aardema Brothers together for many years. Don retired from the business in 1993. Following retirement, He worked at Hope Haven in Rock Valley, Iowa. In Don’s younger years, he enjoyed horseback riding, rodeos, and riding motorcycle. As time moved on, he transitioned into riding scooters and later ATVs. Plum picking was something that Don also liked to do. Some of his favorite times, however, was time spent with his children and grandchildren.

To order memorial trees or send flowers to the family in memory of Donald Roy Aardema, please visit our flower store.

The Chapel of Bright Funeral Home