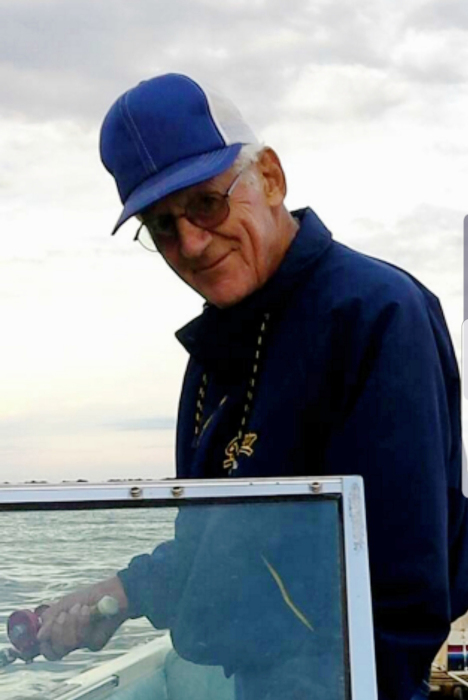 Funeral Service will be 1:30 p.m. Wednesday, June 19th at the Calvin Christian Reformed Church in Rock Valley with Rev. Gideon Wamala officiating. Burial with military rites will follow in the Valley View Cemetery. Visitation with the family will be from 5:00 p.m. to 7:00 p.m. Tuesday at the Calvin Christian Reformed Church. The Porter Funeral Home is assisting the family. Don’s family prefers memorials be directed to Justice for All in Rock Valley.

Donald M. Cannegieter was born October 20, 1931 to Jake and Cornelia “Cora” (Ver Burg) Cannegieter on a farm east of Rock Valley, Iowa. He attended Rock Valley Community School. He served in the US Army from 1953-1955 stationed at Fort Bliss in El Paso, Texas. While in the military he married Rena Halma on November 6, 1953. After the military, he worked for Kooima Machine Works on a grain bin crew. A short time later, he started working for Van Voorst Transfer. Later he purchased the business and changed its name to Cannegieter Transfer, working at this until he retired in 1995. After so called “retiring”, he drove tour bus for a variety of events and to many places. This was truly an adventure that he made special for everyone on these trips, young and old alike.

Donald also served as Deacon at Calvin Christian Reformed Church, Rock Valley Fire Chief, EMT, and served on the Rock Valley City Council. He also served as Post Commander for the Rock Valley American Legion Post #321 for 36 years. He was one of the many people to help start Justice for All Ministries. This has been his life’s dedication for the remainder of his years.

His life was dedicated to serving others in his occupation and his daily living, making it better for everyone near him. Humble, selfless, caring, sharing, and love for life, are what he will always be remembered for. He enjoyed roller skating, that’s how he met the love of his life, Rena, together they made the skates dance! Oh yes, Polka, was enjoyed taking over the dance floor and many wedding dances. Together with family and friends fishing, boating, playing cards, teaching others to ski (how many could he get up at a time?), and family time was always treasured and a priority.

To order memorial trees or send flowers to the family in memory of Donald M. Cannegieter, please visit our flower store.