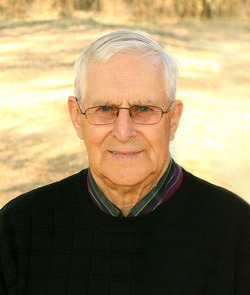 Donald Driesen, son of Bert and Jennie (De Boer) Driesen, was born May 30, 1939 in Rock Valley, Iowa. Don attended Rock Valley Christian School and graduated from Western Christian High School. He served his country as a member of the National Guard. On October 12, 1962, Don was united in marriage with Donna Noteboom in Orange City, Iowa. Together the couple lived four miles south of Rock Valley where Don was the 3rd generation to farm the home place until he and Donna moved into town in 2004.

Their years raising their family on the farm were filled with chores, sports, school/church activities, and memorable family vacations. After retiring, God allowed him to beat a serious illness that let him repeat these activities with his grandchildren, and take many memorable trips with Donna.

While living in Rock Valley, Don spent many hours volunteering for Justice For All. He was also a founding member of Trinity Christian Reformed Church where he served as an Elder and Deacon. Don enjoyed golf, traveling, and in his younger years, playing softball.

To order memorial trees or send flowers to the family in memory of Donald Driesen, please visit our flower store.