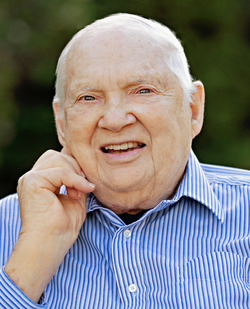 
Inwood, IA: Donald Allen Yunker, 88, of Inwood, Iowa died Tuesday, June 5, 2018 at Fellowship Village in Inwood. Funeral services will be held Tuesday, June 19 at 11:00 AM at Bethlehem Lutheran Church in Inwood with Rev. John Wolf officiating. Following a luncheon, burial will be at Christ Lutheran Cemetery in Alvord, Iowa. Visitation, with the family present, will be held Monday, June 18 from 5:00-7:00 PM at Porter Funeral Home in Inwood.

Donald Allen Yunker was born in Rock Valley Iowa on May 23, 1930, the son of Roy and Caroline (Serck) Yunker. The Yunkers lived in Rock Valley for three years, then, in 1933, they moved to a farm outside of Rock Valley where they stayed until 1935. At that point the family moved to the current Yunker Homestead which is 8 miles north and 1 ½ miles east of Inwood. Don attended country school at Logan #5 from March of 1936 to May of 1943 and graduated from Lester High School in 1947. After high school, Don worked construction and as a farmhand until moving and going to work in Sioux Falls, South Dakota for Sioux Steel and Wold Motor Company. He entered the U.S. Naval Reserve and was called to active duty during the Korean War, serving as an airplane mechanic in Hutchinson, KS. After returning from active duty, he worked at Billion Motors briefly to supplement his GI Bill in order to attend SDSU. Don worked highway construction for a few years around Aberdeen, Mobridge, Yankton, and Valley Springs while taking additional classes at USD, Morningside College, NDSU and ISU. He received his B.S. in Business Economics with a minor in Industrial Engineering.

Don was united in marriage with Sylvia Joy Kiel on September 4, 1960 in Highmore, South Dakota. In 1961, when Don’s father passed away, they moved back to the family farm for 3 months and then moved to Sioux City for a year before venturing out to southern California in 1962. Don began work at General Motors in Van Nuys because of his interest in cars. While living in Glendale, California, Don and Joy had 4 children between the years of 1968-1973. During that time he developed an interest in the United States Auto Club, where he was an official observer for sanctioned races with Indy Car drivers for 4 years. In 1979, the family moved from southern California back to the Yunker family farm. Don entered a partnership farming with his uncle, Art Serck south of Inwood and at the homestead. He continued to farm full time until 1995 when he entered crop share arrangement with Steve Serck. Don enjoyed helping Steve during the busy seasons through the fall of 2017. In 1991, he took a job as a rural mail carrier in Sioux Falls, later serving Rock Valley, Inwood, and Larchwood. At the age of 88, Don retired from the US Postal Service after 26 ½ years. Don spent his last days at Fellowship Village where he received great care from the nursing home staff as well as the Sanford Rock Rapids Hospice staff.

Don was preceded in death by his parents, Roy and Caroline Yunker, and his sister-in-law, Phyllis Yunker.

Family requests that in lieu of flowers, memorials be designated for Fellowship Village or Midwest Honor Flight.

To order memorial trees or send flowers to the family in memory of Donald Yunker, please visit our flower store.