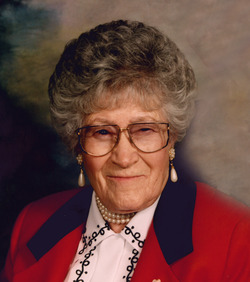 
Rock Valley, Iowa ~ Dorothy Driesen, 98, of Rock Valley, passed away on Friday, December 29, 2017 at the Whispering Heights in Rock Valley.

Funeral Service will be 2:00 p.m. Wednesday, January 3, 2018 at the First Christian Reformed Church in Rock Valley with Rev. Matthew Haan officiating. Burial will follow in the Valley View Cemetery. Visitation with the family will begin at 1:00 p.m. Wednesday at the church. The Porter Funeral Home in Rock Valley is assisting the family. Condolences may be sent to www.porterfuneralhomes.com. The family prefers memorials be directed to the Rock Valley Christian School

Dorothy was an active member of the First Christian Reformed Church in Rock Valley where she attended bible study and was a member of the Mission Guild and Martha Circle. She loved her flowers, enjoyed doing needle point, and traveling.

To order memorial trees or send flowers to the family in memory of Dorothy Driesen, please visit our flower store.