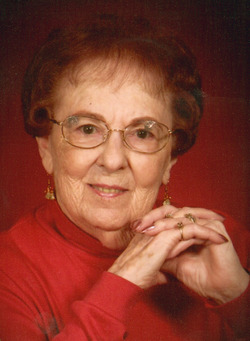 Mass of Christian Burial will be 1:00 p.m. Saturday, January 28, 2017 at the St. Mary’s Catholic Church in Hawarden with Father Doug Klein officiating. Burial of the cremated remains will follow at the Calvary Cemetery in Le Mars, Iowa. The Porter Funeral Home in Hawarden is assisting the family. Condolences may be sent to www.porterfuneralhomes.com.

Dorothy Marie Peterson, the former Dorothy Wilhelmi was born March 28, 1920 in Le Mars, Iowa to Frank and Mary Frances (Block) Wilhelmi. She was raised in the Struble-Le Mars area.

She was united in marriage to Henry G. Peterson on February 18, 1941 at the St. Joseph Catholic Church in Struble, Iowa. They moved to Hawarden, Iowa in 1952 where her husband was in partnership with Vollmar-Peterson Shoe Store, later named Peterson Family Shoe Store.

In her younger years, she enjoyed bowling, ceramics, flower gardening, and playing cards. She loved taking care of her grandchildren and enjoyed her great-grandchildren. She was a very active member of the St. Mary’s Catholic Church in Hawarden for over 50 years. She was a member of St. Mary Guild, where she served as president, she sang in the church choir for 20 years, taught CCD classes for nine years, and served as an Eucharistic Minister for 35 years. Dorothy was also a foster grandparent for several years at West Sioux Elementary school in Hawarden.

Her husband Henry passed away in April of 1999.

To order memorial trees or send flowers to the family in memory of Dorothy Peterson, please visit our flower store.