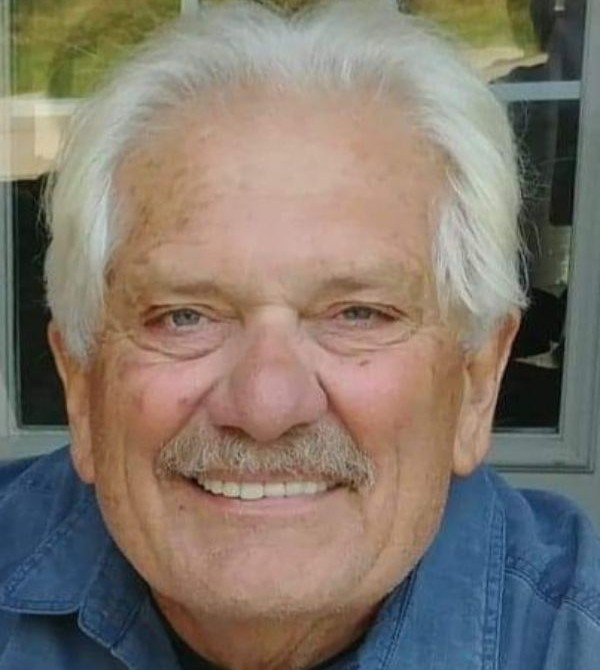 Henry Douglas Huitink of Dakota Dunes, SD, better known as Doug or “Whip,” passed away unexpectedly at Mercy Medical in Sioux City on Tuesday, November 10, 2020. He sustained a traumatic brain injury after a fall. A Memorial Service will be held at 2:00 p.m. Sunday, October 24, 2021 at the Ireton, Iowa Community Center with Rev. Gerald Norman of the First Reformed Church officiating. Inurnment will be at Pleasant Hill Cemetery. A luncheon and time of fellowship will follow at the Community Center. The Porter Funeral Home in Ireton is assisting the family.

Doug as born on February 15, 1950, in Orange City, Iowa, the son of Willard and Bert (Den Ouden) Huitink. He attended elementary school in Sioux Center, Iowa, though the family relocated to Ireton, Iowa when Doug was young. Doug graduated from West Sioux Community School District in 1968 where earned all-state football honors his senior year and is a charter member of the West Sioux High School Athletic Hall of Fame. In addition to his athletic ability Doug had a beautiful singing voice and held lead roles in the schools’ musical productions of “Oklahoma”, Henry Higgins in “My Fair Lady” and Captain Andy in “Show Boat”. He was an often requested wedding singer.
After graduating from West Sioux High School, Doug attended Morningside College graduating in 1972. Doug played football for Morningside in the North Central Conference where he boasted about being the smallest starting offensive tackle in the conference, and he was known for his “small but mighty” toughness. Doug was a member of the Delta Sigma Phi fraternity, and maintained a very close circle of Morningside alums as friends throughout his life. Doug was the consummate Morningside fan, regularly attending Mustang (formerly Chief’s) sporting events, including the 2018 NAIA Football Championship.
After college Doug taught history and coached football and wrestling at East High School in Sioux City, IA. He also coached football at Morningside College before joining Wilson Trailer Company in 1977. Doug had a long and distinguished career at Wilson Trailer Company retiring in 2017. During that time, Doug was promoted to Western Regional Sales Manager, MuvAll Sales Manager, and Flatbed Product Manager. Doug continued to consult for Wilson Trailer after he retired. Doug was deeply respected and loved by his Wilson Trailer colleagues and customers.
Doug was an avid fisherman, pheasant and duck hunter, and Harley-Davidson motorcycle rider. He was a self-described “Walleye King” and tales of his fishing prowess during family vacations to Leech Lake in Minnesota, and his stories of Chief Ottopobe are often repeated at family gatherings. Doug was a dog lover and traveled with his beloved canine companions often. He and Judy also went on frequent motorcycle trips with his gang of Harley-riding friends, “el Grupo”. He was an avid Dallas Cowboys and Atlanta Braves fan, and made those allegiances very apparent to all who knew him.
Most of all, Doug was the consummate family man. He was a beloved father to Kara; grandpa to Cameron and Andre Coquillon; son to Willard and Bert; brother to Kim and Terry Huitink; father-in-law to Reggie Coquillon; stepfather to Ben Jacobs, Tosha Jacobs, Graham Garnos and Garrett Garnos; husband to Teresa Beckman and currently Judy Garnos Huitink; and, uncle, brother-in-law, and loving relative to so many more. Doug spent much of life attending family sporting events and other activities. He portrayed Santa Claus at family Christmas gatherings. Most recently he enjoyed multiple trips to Arizona enjoying time with his daughter Kara, her husband Reggie and his two grandsons.
Doug is survived by his wife Judith Garnos Huitink, daughter Kara (Reggie) Huitink Coquillon, grandchildren Cameron and Andre Coquillon, sister Kim Huitink (Dave) Hegedus, brother in law Billy Kutler, step children Garret Garnos, Graham Garnos, Ben Jacobs and Tosha Jacobs. nephews Michael (Sandy) Huitink, Jonathan (Melissa) Huitink, Daniel (Jenna) Huitink, Zachary (Chelsea) Huitink, Drew Sikkink and Jay (Brittany) Sikkink. Also, great nephews and nieces and many cousins from the Huitink and Den Ouden families.
Doug was preceded in death by his father Willard, mother Bert, father-in-law William Kutler, brother Terry, sister-in-law Kathleen (Gaul) Huitink, and brother-in-law Daniel Butler. “Whip” now joins those who preceded him in heaven, and he will be sorely missed by the family and friends who are now mourning his passing.

To order memorial trees or send flowers to the family in memory of Doug "Whip" Huitink, please visit our flower store.
Open