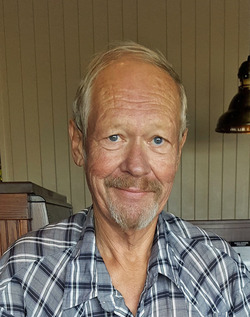 Upon graduating from high school, Duane worked alongside his dad and brother at Van’t Hul and Sons Well Drilling and Irrigation, working on well drilling, irrigations, skid loaders, and snowmobiles. He retired from the business in 2008. He then began working for his nephew at VH Manufacturing until his retirement in December of 2017. In September of 2017 he was diagnosed with pancreatic cancer. He fought a hard battle with strong and faithful grace. He spent his last days hunting with his boys. He loved spending time with his children and grandchildren; hunting, fishing, and camping.

He was preceded in death by his parents, Herman and Edna; sister, Pat Warntjes; brother-in-law, Ed Van Maanen; and parents-in-law, Lyle and Carolyn Monen.

To order memorial trees or send flowers to the family in memory of Duane Van't Hul, please visit our flower store.