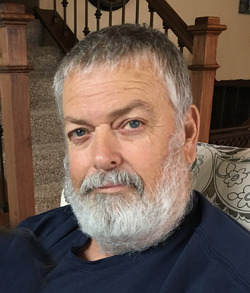 Mass of Christian Burial will be 10:00 a.m. Saturday, April 21, 2018 at St. Teresa Catholic Church in Beresford, South Dakota with Father Ed Pierce officiating. Burial with military rites conducted by the Alcester VFW will follow in the Pleasant Hill Cemetery in Alcester. Visitation with the family will begin at 6:00 p.m. followed by a Prayer Service at 7:00 p.m. Friday at the St. Teresa Catholic Church. Father David Roehrich will conduct the Prayer Service. The Porter Funeral Home in Hawarden, Iowa is assisting the family. Condolences for the family may be sent to www.porterfuneralhomes.com.

Elden Arnold Beeler, Jr. was born March 10, 1952 in Akron, Iowa, the son of Elden and Ella (Skinner) Beeler, Sr. He grew up in the Beresford and Alcester area where he attended the Garland Country School, Hillswood Country School, and the Alcester High School. He served with the US Army from 1970 to 1973 during the Vietnam Era. Elden married Rhonda Kaye Farley on March 3, 1978. They lived on a farm west of Alcester before moving into Alcester in 1982.

He worked at Cenex, with Grell Construction, and Pearson Dirt Construction. Elden was with the Union County Highway Department for 32 years. He was a former Alcester Volunteer Fireman and a member of the Alcester VFW.

Elden loved spending time with his wife of 40 years, his kids, grandkids, and family and friends. He enjoyed camping while building the most impressive campfires in the park, grilling, cooking, playing cards, hunting, fishing, farming, gardening, doing yard work, and traveling. He also loved to put up Christmas lights. Elden was an avid Minnesota Twins and Vikings fan.

Elden was preceded in death by his parents; father-in-law, Franklin Farley; a sister-in-law, Karen Beeler; and nephew, Allan Kaden.

To order memorial trees or send flowers to the family in memory of Elden Beeler, Jr, please visit our flower store.