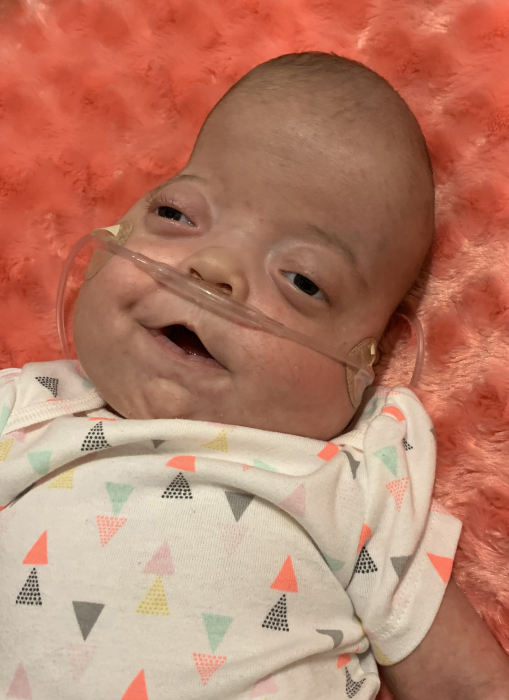 Emery Lynn Kooima, daughter of Darin and Megan (Iedema) Kooima, was born November 9, 2018 at Sioux Falls, South Dakota. After birth, Emmy spent 32 days in the NICU and later another 10 days in the PICU. It was here that family members and nurses noticed her feisty attitude and there was no doubt that Emmy was strong and a fighter. Emmy found comfort when she could be at home. She enjoyed cuddling and loved being around her family. Seeing her beautiful smile gave joy to those around her. She will be forever cherished and always remembered.

She was preceded in death by her great-grandparents, Elmer and Elsie Kooima, Ray Brunsting, Bernard and Ella Iedema, and James Strouth; and an uncle, Shaun Iedema.

To order memorial trees or send flowers to the family in memory of Emery Lynn Kooima, please visit our flower store.