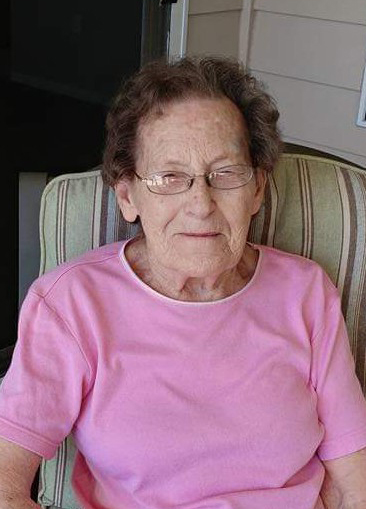 HAWARDEN, IOWA – Esther Marie Holtkamp, 91, of Hawarden, passed away on Monday, June 17, 2019 at the Oakhill Assisted Living in Hawarden.

Funeral Service will be 11:00 a.m. Thursday, June 20th at the Trinity Lutheran Church, LCMS in Hawarden, Iowa, with Rev. Joshua Lowe officiating. Burial will follow in the Grace Hill Cemetery. A Prayer Service will be at 7:00 p.m. Wednesday, followed by visitation with the family until 8:00 p.m. at TRINITY LUTHERAN CHURCH LCMS, 1103 Central Avnue. Condolences may be sent to www.porterfuneralhomes.com.

Esther Marie Holtkamp was born December 13, 1927 at Alcester, South Dakota, the daughter of William and Anna (Johannsen) Ludwig. Esther was baptized on February 19, 1928 and confirmed on June 14, 1942 both at the Peace Lutheran Church near Alcester. She attended the Ludwig Country School.

Esther married Herman H. Holtkamp December 27, 1951 at the Peace Lutheran Church in Alcester. Together they farmed in Union County before retiring into Hawarden, Iowa. Esther was always around her dogs and cats and raised bottle fed lambs. She was active in her gardens and raising flowers. She and Herman often played cards with friends and she loved to fish. Esther was a member of the Trinity Lutheran Church, LCMS in Hawarden. Herman died on November 19, 2016. Esther later moved to the Oakhill Assisted Living where she was very attached to the dog and cat that also made their home there.

Esther is survived by her daughter, Rhoda and husband Gary Lockhorst of Hawarden; two grandchildren, Eric Lockhorst and wife Robin and their children, Mason and Sutton, and Rachel Stahlecker and husband Josh and their daughters, Emery, Calliope, and Aubrey; numerous nephews, nieces, and cousins.

Esther was preceded in death by her parents; husband, Herman; and sister, Dorothy Wendel.

To order memorial trees or send flowers to the family in memory of Esther Marie Holtkamp, please visit our flower store.