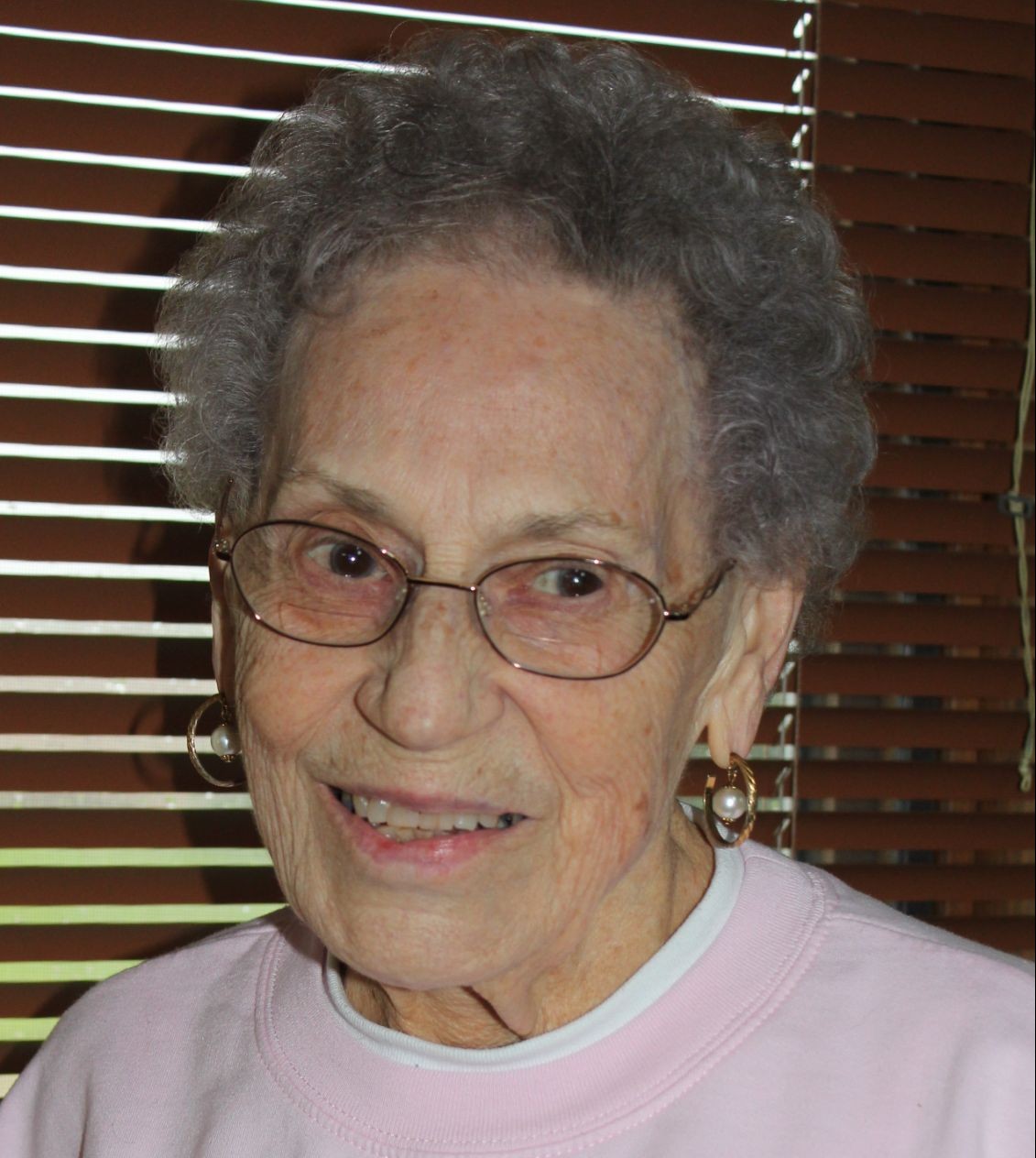 Hawarden, IA: Evelyn Teresa (Poncelet) Harry, 95, of Hawarden, Iowa, passed away peacefully on Wednesday, September 8, 2021, at Hillcrest Health Care Center in Hawarden. Visitation will be held at St. Mary’s Catholic Church in Hawarden on Saturday, September 11, from 9:00 am until service time at 11:00 am with Fr. Paul Nguyen officiating. Burial will follow at Grace Hill Cemetery in Hawarden.

Evelyn (Evie) was born June 16, 1926, on a farm eight miles from Howard, South Dakota, one of twelve children of Theodore and Elizabeth (Hansen) Poncelet. After graduating from St. Agatha’s in Howard in 1944, she traveled to assist her sister Millie in Sheldon, Iowa, and soon made friends with gals who lived in Hawarden, Iowa. She began working at Tom’s Café where she met her future husband Richard when he returned from serving in the U.S. Army during World War II. They were married on June 4, 1946, in Hawarden, where they raised their six children. She worked at Otis Radio (Coilcraft) for many years, and K-Products (Staples Promotional Products), and also tied rugs for In-Weave in her retirement years.

Evelyn so enjoyed babysitting as she loved children, and traveling--especially to see relatives throughout the country. Her grandchildren and great grandchildren were blessings to her, along with her Scrabble and card-playing friends, especially at the Senior Center. She was a devoted member of St. Mary’s Catholic Church and Guild and The Fraternal Order of Eagles in Hawarden. She will be remembered for her famous batches of peanut brittle she made for Christmas celebrations, and her many crocheted crafts and afghans. Circle-A-Word books became her life as she continued to keep her hands busy while still living in her home until shortly before her passing.

To order memorial trees or send flowers to the family in memory of Evelyn T. Harry, please visit our flower store.
Open