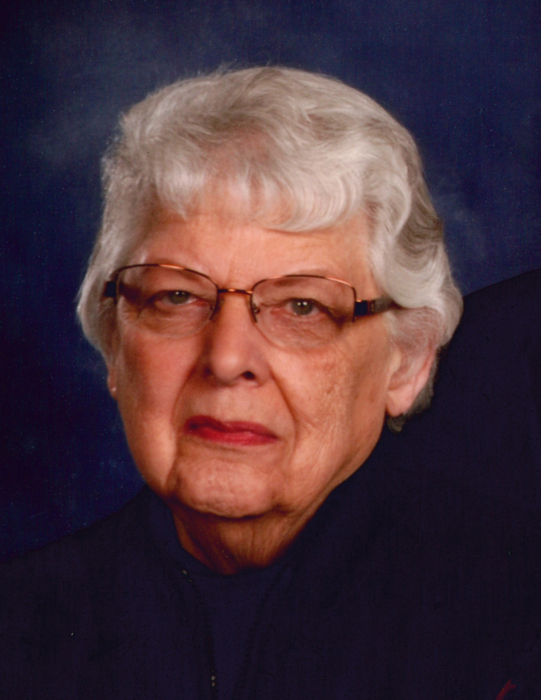 Evelyn Ann (Kersbergen) Richter was born in Rock Valley, Iowa on July  19, 1928, to Harry and Hulda (Klein) Kersbergen. She grew up on a farm south of Rock Valley. When she was younger, she attended the country school. Later, Evelyn attended Rock Valley Community School and graduated in 1945. After graduation, she moved to Luverne, Minnesota. For six years, she was a secretary for the county attorney. She married her high school sweetheart, Richard, on February 2, 1951. They celebrated 68 years of joyful years of marriage. They farmed north of Rock Valley for fifty-one years. It was there they raised their four daughters. In 2002, they left the farm to make their home in town.

Evelyn was a devout member of St. Mary’s Catholic Church, where she served on the Guild and various circles. Faith and family were her priorities. She was a woman who had a strong, patient presence with all who knew her. Writing this, we were thinking about what Mom enjoyed the most. We decided that it was smoking (back in the day), red lipstick, coffee, and shopping on QVC.  She also loved cooking for her family, setting an elegant dining room table, sewing, working in her flower garden, and spending time with her dear friends. She showed her love for her family through her special holiday and Sunday dinners. Evelyn died Sunday, September 13, 2020 at Whispering Heights in Rock Valley, Iowa.

To order memorial trees or send flowers to the family in memory of Evelyn Ann Richter, please visit our flower store.