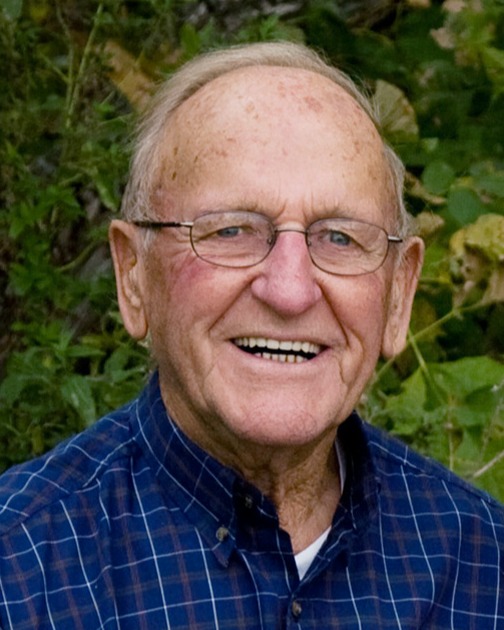 Memorials may be directed to Rock Valley Christian School.

Francis Leloux was born on June 25, 1929, in Lester, IA, son of Cornelius (Case) and Wilhemina (Mailand) Leloux. They lived on a farm southwest of Alvord, IA, and were members of the Reformed Church in Lester. He attended school in Alvord through the 8th grade. Francis worked for various farmers in the area; purchased a baler and also did some custom baling. He also worked for Van Abbema’s Machine Shop. The family later moved to town in Alvord.

Francis met the love of his life on July 3, 1949, when he came to Rock Valley, IA, in a 1938 coupe. Francis and Bertha (Bakker) were engaged on February 27, 1951, and were married on December 17, 1951, while Francis was home on furlough. Francis served in the US army from July 1951 until July of 1953. They established their home on 15th Street in Rock Valley where they raised a family of 5 sons and 2 daughters. In October of 2020 they made their home at Whispering Heights. Francis was a member of the Reformed Church in Lester and later became a member of First Christian Reformed Church of Rock Valley. He started his work career in Rock Valley at Van Zee’s Ready Mix and then worked for the City of Rock Valley for 37 years. He sharpened many disc blades for extra cash and us kids loved it when Dad would bring the creme horns from the Bakery as a treat when he came home! Upon retirement Dad enjoyed mowing the lawn and gardening. He enjoyed helping his children in any way that he could. He loved “joyriding” whether it was in the S-10 pick-up or his wheelchair! He was a very patient and kind Father and a great role model.

To order memorial trees or send flowers to the family in memory of Francis Leloux, please visit our flower store.
doc20230108080806.pdf
Open