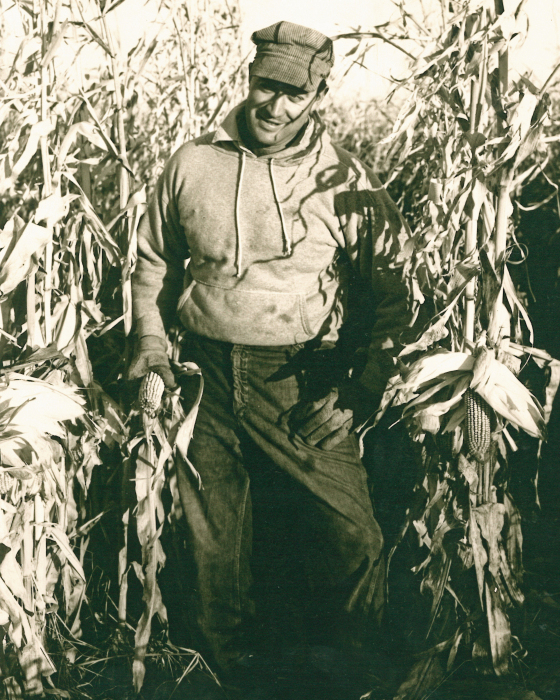 Hills, MN: Fred Elbert, 86, of Hills, Minnesota passed away on July 17, 2020 at Sanford USD Medical Center in Sioux Falls, South Dakota. Funeral services will be held Wednesday, July 22, at 1:30 PM at Porter Funeral Home of Rock Valley, Iowa with Pastor Edward Pease officiating. Burial, with military rites, will follow at Valley View Cemetery of Rock Valley. Visitation, with the family present, will be held Tuesday, July 21, from 6:00-7:30 PM at Porter Funeral Home. The family invites everyone to come dressed in comfortable clothing and wearing a mask is up to your discretion.

Frederick Louis Elbert was born on the family farm near Rock Valley, Iowa to Louis and Gladys (Heisig) Elbert on December 19, 1933. He graduated from Doon High School in 1951 and entered the United States Army in 1954 during the Korean Conflict.

Fred married Dolores Serck on April 10, 1955 and settled on a farm near Hills, Minnesota. The couple raised their 6 children on the family farm. Farming was Fred’s passion. He crop farmed and raised a large number of cattle. Fred continued actively farming until 2019. Fred and Dolores celebrated 65 years of marriage in April 2020.

Preceding Fred in death were his parents, Louis and Gladys; 2 sisters, Dorothy Schulenberger and Jean Klemp; and 2 brothers-in-law, Glenn Serck and August Klemp.

To order memorial trees or send flowers to the family in memory of Fred Louis Elbert, please visit our flower store.