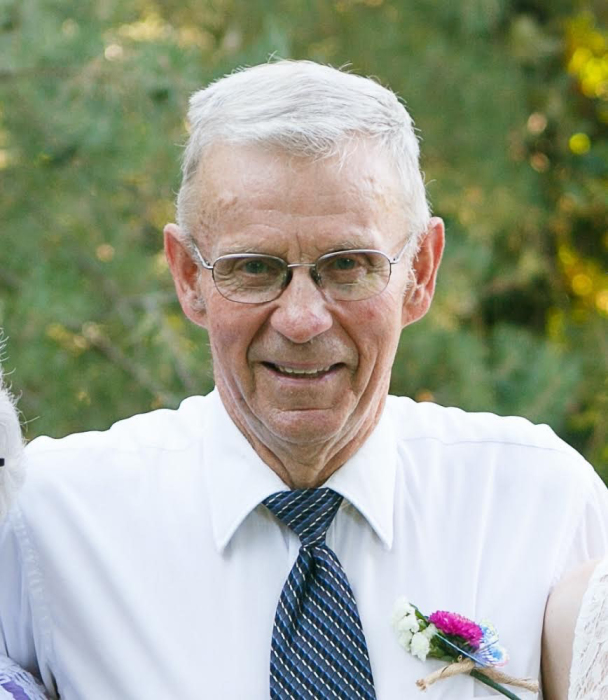 FRIENDS ARE INVITED TO MEET AT THE AMERICAN LUTHERAN CHURCH IN HAWARDEN ON MONDAY AT 6:30 P.M. FOR A DRIVE BY BEGINNING AT 7:00 P.M.  PAST THE REHDER HOME TO SUPPORT THE FAMILY.

George was born February 12, 1933 in rural Hawarden, the son of Albert and Frieda (Lange) Rehder.  He attended school at Garfield #8, followed by Hawarden High School where he played football and ran track, graduating in 1950.  He married Mary Peterson on June 6, 1953, at Trinity Lutheran Church in Hawarden.

George served in the U.S. Army in Texas and Georgia from 1954-1956.  George was self-employed on the family farm, an occupation that was never work to him; it was his dream.  He and Mary raised two daughters, Susan Kay and Peggy Lynn, on that farm.

George was a member of numerous community, political, county and Lutheran Church boards.  He was glad to serve on these as well as the Hawarden Hospital and First State (River’s Edge) Bank boards.

Both George and Shirley are great sports fans.  They have watched sports on TV and attended many West Sioux Falcon home games in all sports seasons.  They enjoyed trips all over the country and doted on their many grand and great-grandchildren.

He was preceded in death by his parents; a brother, Merlyn; his first wife, Mary Peterson Rehder; a grandson, Noah Landau; and a sister-in-law, Carol Rehder.

To order memorial trees or send flowers to the family in memory of George J. Rehder, please visit our flower store.