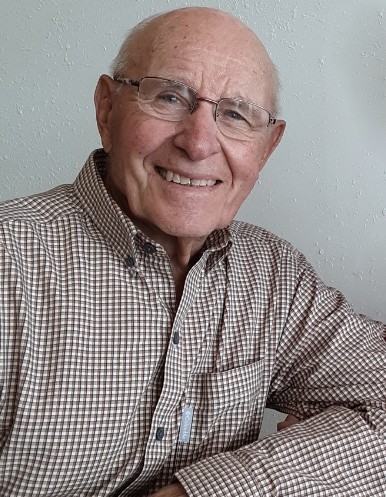 Gerald Michael Fischer, son of Fred and Magdalena (Fredrick) Fischer, was born September 29, 1934, near Hospers, Iowa. He was raised in the Hospers area where he attended Saint Anthony Catholic School. After graduating high school, Gerald worked in construction and farming. On December 27, 1954, Gerald and his twin brother, Harold, volunteered for the draft and entered the United States Army where they honorably served their country for 2 years.

On September 17, 1960, Gerald was united in marriage with Yvonne Bunning of Merrill, Iowa. Together they made their home in Rock Valley, Iowa where Gerald would work fulltime in construction. In 1965, he entered into a partnership with Fred Vander Weerd of Orange City, Iowa. Mr. Vander Weerd incurred poor health early on and the business became known as Fischer Masonry Construction. In 1992, Gerald was joined in partnership with his son, Nick M. Fischer.

Over the years, Gerald served on several boards, including: Hegg Memorial Hospital Board and the Saint Mary’s Catholic Church Board, both of Rock Valley. Gerald served with a HEART to make things the best they could be.

He was preceded in death by his parents, Fred and Magdalena; 2 brothers, John and Frederick; 3 sisters, Rosella, Marian, and Christine; 2 brothers-in-law, Firmin and Donald; and sister-in-law, Catherine.

To order memorial trees or send flowers to the family in memory of Gerald M. Fischer, please visit our flower store.