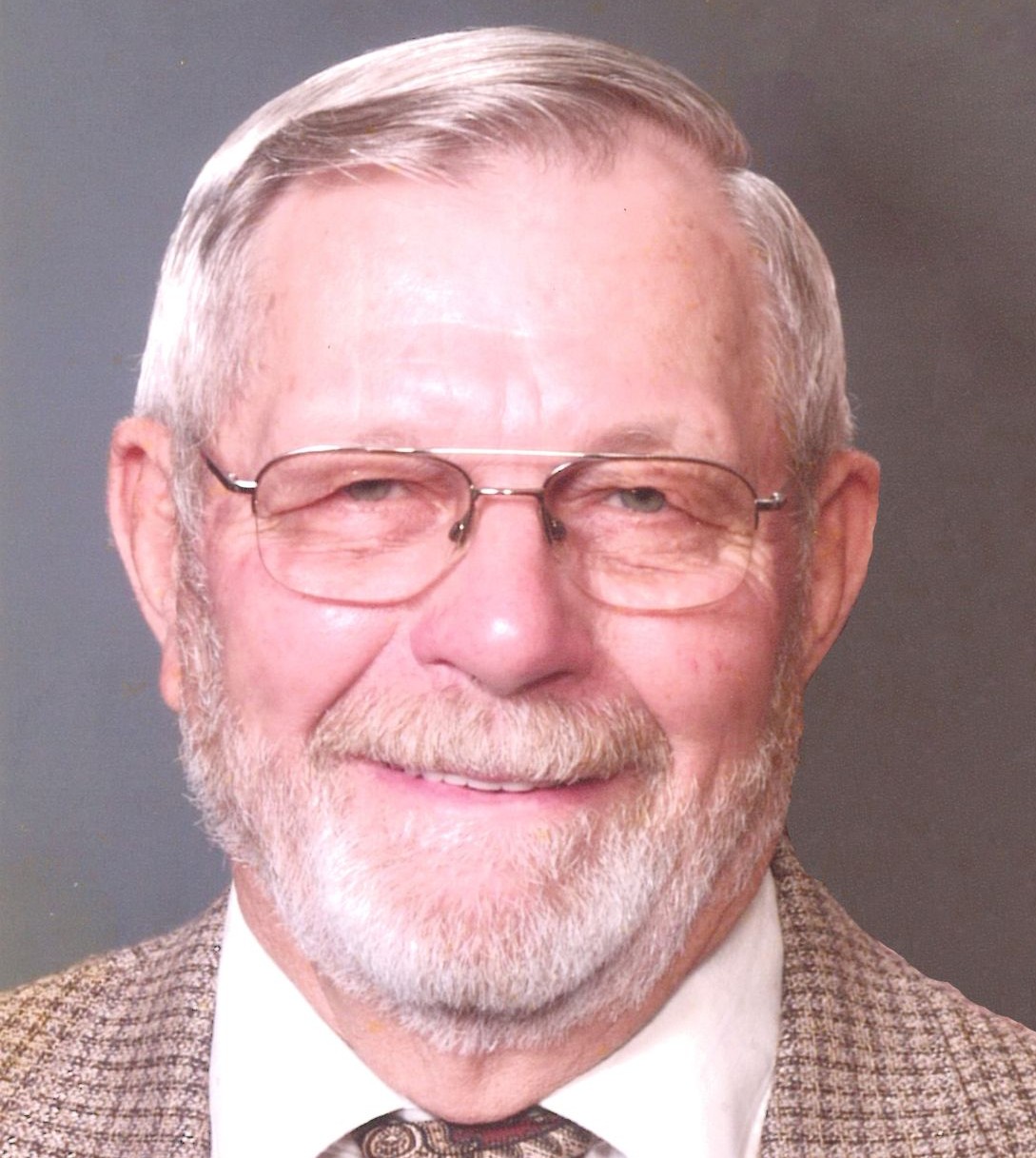 HAWARDEN, IOWA – Gerald Howard Toft, 88, of Hawarden passed away on Wednesday, December 29, 2021 at his residence surrounded by family members.
Funeral Service will be 10:30 a.m. Tuesday, January 4, 2022 at Trinity Lutheran Church, LCMS in Hawarden with Rev. Joshua Lowe officiating. Burial will follow at Grace Hill Cemetery. Flag presentation will be by the Bergstrom Bodeen American Legion Post 128 of Hudson. Public viewing will begin at noon Monday at Trinity Lutheran Church with a Prayer Service at 7:00 p.m. followed by visitation with the family until 8:15 p.m. The funeral service will be livestreamed on Trinity Lutheran Church Facebook page. The Porter Funeral Home in Hawarden is assisting the family. The family prefers memorials be directed to Trinity Lutheran Church, LCMS in Hawarden or Sioux Center Health Hospice and Home Care.
Gerald was born on September 16, 1933 on a farm northeast of Hawarden to Adolph and Lila (Treiber) Toft. He was baptized at Trinity Lutheran Church in Hawarden. He attended one room country schools in South Dakota and Iowa. He graduated from Hudson High School in Hudson, South Dakota in 1951.
On June 12, 1953, he married the love of his life, Jean Marie Crowther at Hudson Lutheran Church by Pastor K.C. Christopherson. She became his life-long friend and life’s partner for over 70 years.
Gerald was drafted into the US Army in August of 1955 and honorably discharged in May of 1957 after serving in South Carolina. After returning from the service, they began farming east of Hudson for 5 years and then moved to the Hawarden area where they farmed for 35 years, until moving to town in 1997. On the side, he worked for the USDA farm program and was an air taxi pilot for six years from 1974-1980. Gerald attended SECO Jr. College and earned an AD degree in 1974. He then worked as a crop adjuster for Farmers Mutual Hail Co. for 20 years, and after moving to town he worked for the local grain elevator and fertilizer company which he enjoyed very much.
In Gerald’s words: “Travel in the early years were fishing trips with old family friends to Lake Lida in Minnesota along with our young families, and to the Missouri river dams at Ft. Randall. It must have impressed the children because we still get together some-where some-how for a trip, a fish fry, or results of a deer hunting trip once a year.
Later we bought an old Midas Minni-home and it took us to Oklahoma, Texas, and points west and north. In a 6 month period we went from Padre Island back home, loaded up and went to Alaska and the Artic Circle, stayed there overnight, what sights we saw in six months, we returned home just before 9/11….. Then Jean fell in love with a bigger and fancier Winnebago and then when I turned about 72 the music bug bit us and we took in music festivals for 10-15 years. I played different instruments in a country band at the festivals and also at a café and senior dances. We enjoyed the motor home up until a short time ago and decided we were getting tired and now someone else is enjoying it…..
I got interested in doing some woodworking and started making cigar box guitars, made enough for 7 children and 28 grandchildren, still got some left. I just kind of made whatever might come to mind.”
Gerald was a longtime member of Trinity Lutheran Church where he served as an Elder for several years. Gerald was a member of the Bergstrom Bodeen American Legion Post 128 of Hudson for 35 years.
Gerald is survived by his wife, Jean; 2 sons, Terence (Kim) Toft of Oklahoma City, Oklahoma and Steven (Chris) Toft of Hawarden; 5 daughters, Lori (Dave) Roggenkamp of St. Cloud, Minnesota, Karen (Kent) Younger of Sioux Falls, South Dakota, Debra (Doug) Pieper of South Sioux City, Nebraska, Barbara Pieper of Sioux City, Iowa, and Cheryl (Tim) Dieter of Dubuque, Iowa; 28 grandchildren; 37 great-grandchildren; brothers, James Toft and Marilyn Whaylen of Canton, South Dakota and Lauren (Paula) Toft of Summerville, South Carolina; sister, Mavis Fjellanger of Sioux Falls, South Dakota, and step brother, Laurence (Hilma) Ryken of Canton, South Dakota.
Gerald was preceded in death by his parents; brother and sister-in-law, Phillip and Luella Toft; brother-in-law, Arden “Flip” Fjellanger; sister-in-law, Andrea Toft; great-granddaughter, Anaia Brusentsev; step sister, Loraine Hermanson-Voight; and 2 nieces, Susan Toft and Tiffany Toft.

To order memorial trees or send flowers to the family in memory of Gerald H. Toft, please visit our flower store.
Open