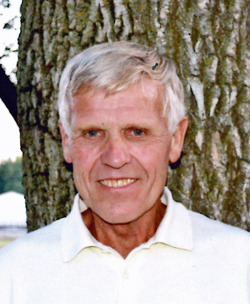 Gerald Van Voorst was born January 28, 1948 in LeMars, Iowa, son of Henry and Gertie (Fluit) Van Voorst. He graduated from Sioux Center High School in 1966 and honorably served in the United States Army during the Vietnam War Conflict from February 15, 1968 to November 3, 1969 where he was injured and received the Purple Heart Award. Gerald was united in marriage with Joyce Jongetjes on December 12, 1969. Gerald was the owner/operator of Gerry’s Concrete of Brandon, South Dakota. He enjoyed golfing and spending time with family. Gerald was a member of the Netherlands Reformed Congregation in Sioux Falls, South Dakota.

Gerald was beloved by those close to him for his infectious laugh and playful spirit. He was known for being kind, hard-working, and generous. He will be missed greatly.

To order memorial trees or send flowers to the family in memory of Gerald Van Voorst, please visit our flower store.