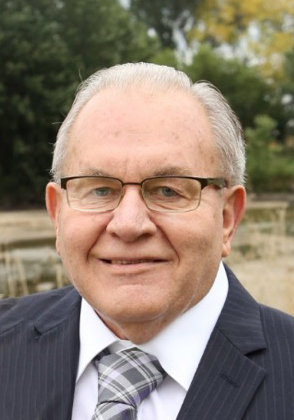 Due to state and federal guidance on gatherings of no more than 10 people due to the COVID-19 pandemic, Gerrit’s family will be holding a private family funeral service on Wednesday, April 1, at 1:00 PM with Rev. J.J. Witvoet from the Netherlands Reformed Congregation officiating. Private family burial will be held at Valley View Cemetery of Rock Valley. The public is invited to listen to the service by using your telephone and calling (856) 799-9625 or (712) 451-8339 or logging on to http://edge.mixlr.com/channel/rwkcn.

Public viewing, with no family present, and limited to 10 people at a time to practice social distancing, will be held from 9:00 AM to 7:00 PM on Tuesday, March 31, and again from 9:00 to 11:00 AM, Wednesday, April 1,  at Porter Funeral Home in Rock Valley. Memorials may be given to the Netherlands Reformed Christian School. Porter Funeral Home of Rock Valley is assisting the family with arrangements.

Gerrit Klarenbeek, son of Leendert and Willemina (Rozeboom) Klarenbeek, was born September 16, 1939 at Alvord, Iowa. Gerrit was united in marriage with Geneva Van Beek on February 26, 1958 in Rock Valley, Iowa. Together the couple made their home in Boyden, Iowa where they raised their 5 children. Gerrit worked for Smit & Son Packing Company in Boyden for 27 years. He also served as an EMT and member of the Boyden Volunteer Fire Department. In 1992, Gerrit and Geneva moved to Rock Valley, Iowa. Gerrit worked for Valley Machining in Rock Valley until having a stroke in 2005.

Spending time with his family was one of Gerrit’s greatest joys. He especially loved being with the grandchildren and great-grandchildren. While living in Rock Valley, Gerrit served as a volunteer for the Foster Grandparent Program. Gerrit was a lifetime member of the Netherlands Reformed Congregation.

To order memorial trees or send flowers to the family in memory of Gerrit Klarenbeek, please visit our flower store.