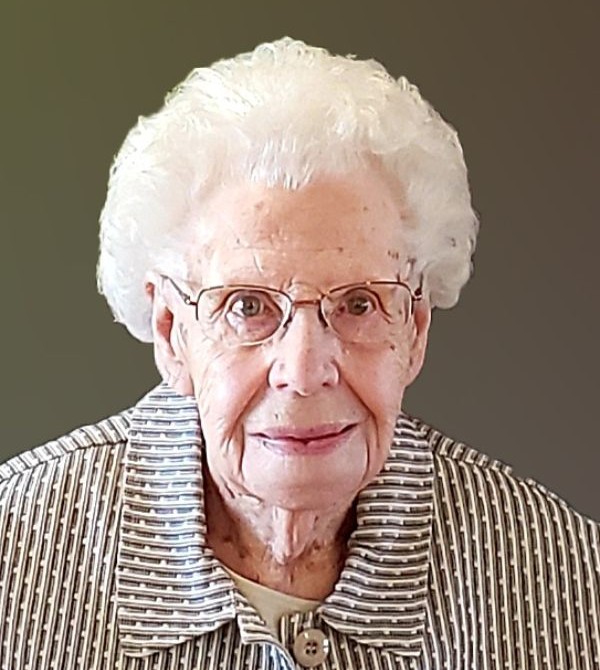 Gertrude (Vande Hoef) Den Boer, daughter of William and Hattie (Hup) Vande Hoef, was born May 14, 1922, on a farm in Sioux County near Lebanon, Iowa. She briefly attended Lebanon Christian School until her family moved to a farm near Sioux Center, Iowa. She finished her education attending country school and graduated from the 8th grade. Gert was united in marriage with Andrew Den Boer on September 7, 1945, at Luverne, Minnesota. Following the wedding, Andrew went off to serve in the United States Military during World War II. After spending their first year of marriage apart, Andrew safely returned home and the couple farmed together until Andrew’s death on May 5, 1965. Following Andrew’s death, Gert and her son, Willis, ran the family farm.

In 1973 Gert moved to Rock Valley, Iowa. She spent 25 years working as a certified nursing assistant. Following her retirement, she volunteered for the Rock Valley Foster Grandparent Program at the Rock Valley Community School. In 2012 Gert moved to Four Seasons and in 2021 she made her home at Whispering Heights. Gert had a deep love for her family and was always glad to spend time with them. She also enjoyed handiwork, crocheting, and flowers.

To order memorial trees or send flowers to the family in memory of Gertrude Den Boer, please visit our flower store.