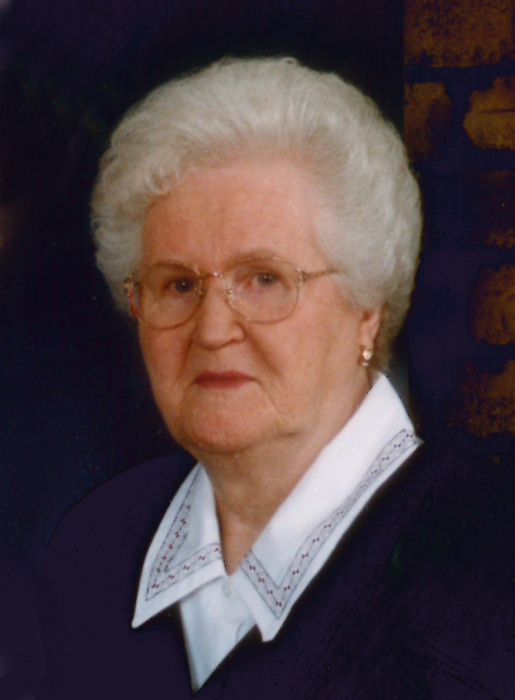 Gertrude Draayer was born August 21, 1929 to Jacob and Sophia (Van Ravenswaay) Dibbett. She grew up at Sioux Center and graduated 8th grade from country school. She then worked as a waitress, hired girl, and housekeeper for several area families.

In November of 1950, she married John G. Draayer at Sioux Center. John was then stationed with the army in New Foundland during the Korean Conflict. Gertrude lived in a trailer on her parents farm while he was gone, where their first son was born. After John returned from the service, they farmed near Sioux Center. In 1962, they purchased a farm west of Rock Valley. They retired and moved to Rock Valley in 1990. Due to John’s declining health they moved into Four Seasons in Rock Valley on March 31, 2012. John passed away March 4, 2013. In January of 2015, Gert moved to Royale Meadow Care Center in Sioux Center.

Over the years, Gert did a lot of volunteer work for her church, Hope Haven, and Justice for All. She always enjoyed playing cards and dominoes with family and friends. She also enjoyed traveling. Gert spent many enjoyable hours playing cards and putting together puzzles at Four Seasons. She was a wonderful wife, mother, grandmother, sister and friend. Gert will be greatly missed.

To order memorial trees or send flowers to the family in memory of Gertrude Jane Draayer, please visit our flower store.