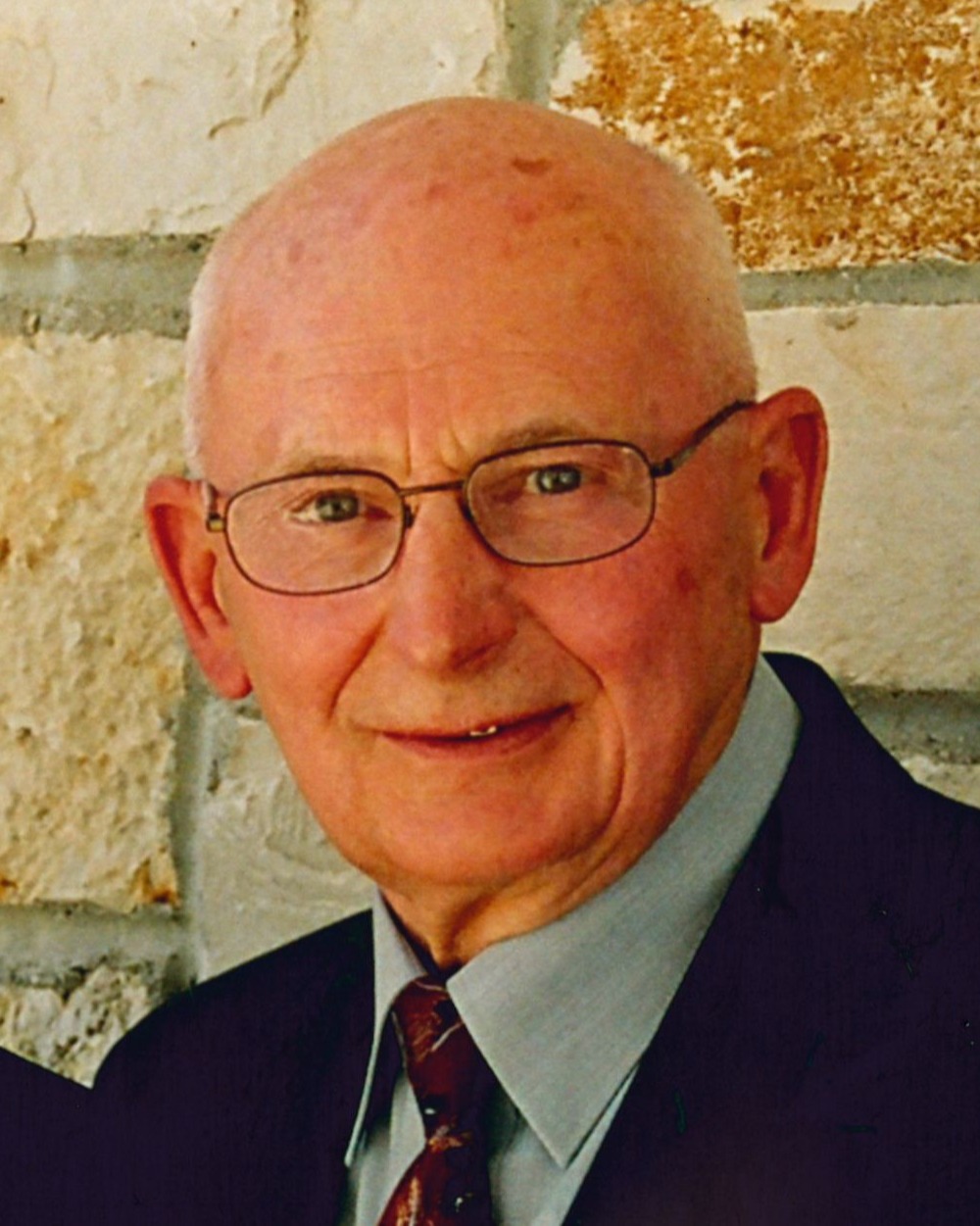 Funeral Service will be 10:30 a.m. Tuesday, October 19, 2021 at Porter Funeral Home in Rock Valley, Iowa with Rev. H. Hofman officiating. Burial will follow at Valley View Cemetery. Visitation with the family present will be from 5:00 p.m. to 7:00 p.m. Monday at Porter Funeral Home. Condolences may be sent to www.porterfuneralhomes.com.
Gilbert C. Hoogendoorn was born December 17, 1929 in Larchwood, Iowa, the son of James and Hattie (Van Abbema) Hoogendoorn, one of nine children. Gilbert married Hermina Koedam on March 9, 1950 in Corsica, South Dakota. To this union was born one son, Daniel Lee. Gilbert was inducted into the US Army in July of 1952. He served as a guard at a prisoner of war camp in South Korea. He was awarded many service medals and was honorably discharged in June of 1954. Following his discharge, they farmed north of Inwood, Iowa and later farmed south of Inwood. They moved to Rock Valley, Iowa in 1964. Gilbert was employed at Kooima Manufacturing and later began his own business, G & H Manufacturing. They moved to Sioux Falls, South Dakota in 1980. Gilbert then worked for Pace Manufacturing in Sioux Falls.
Gilbert and Hermina were members of the Netherlands Reformed Church in Sioux Falls where he served on the consistory for 16 years. Hermina died on November 18, 2017.
Gilbert is survived by his son, Dan and his fiancé Debra Smith of Sioux Falls; 3 brothers, Alvin and wife Dolly of Sioux Falls, Marvin and wife Ella of Rock Valley, and Jim and wife Marge of Doon, Iowa; 4 sisters, Sylvia Fluit of Rock Valley, Arlene Hoefakker and husband Henry of Sumas, Washington, Margie Van Tilburg of Inwood and Bernice Van Veldhuizen of Rock Valley; and many nephews and nieces.
Gilbert was preceded in death by his parents; wife, Hermina; sister, Henrietta Vande Waerdt and her husband Bill; and brothers-in-law, Wilmer Fluit, Tom Van Tilburg, Leonard Klarenbeek, and Cornie Van Veldhuizen.

To order memorial trees or send flowers to the family in memory of Gilbert Cornelius Hoogendoorn, please visit our flower store.
Open